Great Terminals of the Jet Age: 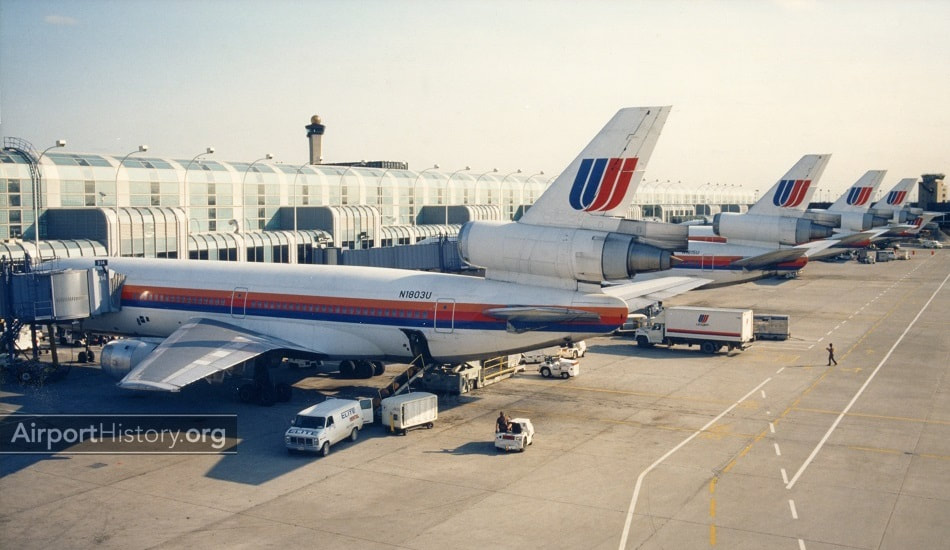 ​I strive for an architecture from which nothing can be taken away..
- Helmut Jahn, architect of United's Terminal 1 at Chicago O'Hare Airport.

The replacement of Terminal 1

THE BEGINNINGS OF O'HARE

In 1945, a Site Selection Committee appointed by Chicago Mayor Edward Kelly chose Orchard Field, the location of a Douglas aircraft assembly plant located on the northwest side of Chicago, as the site for a new Chicago airport. The site had four concrete runways. 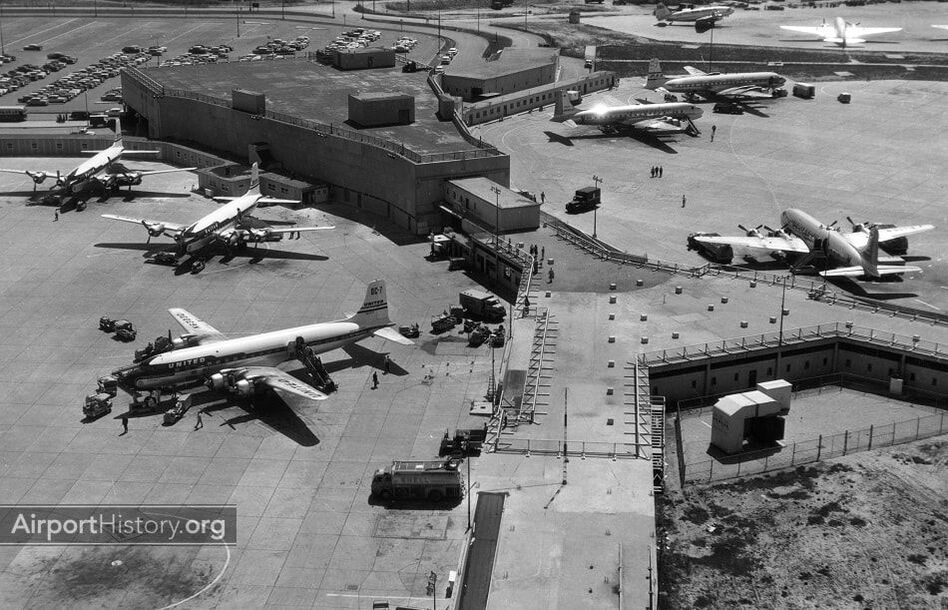 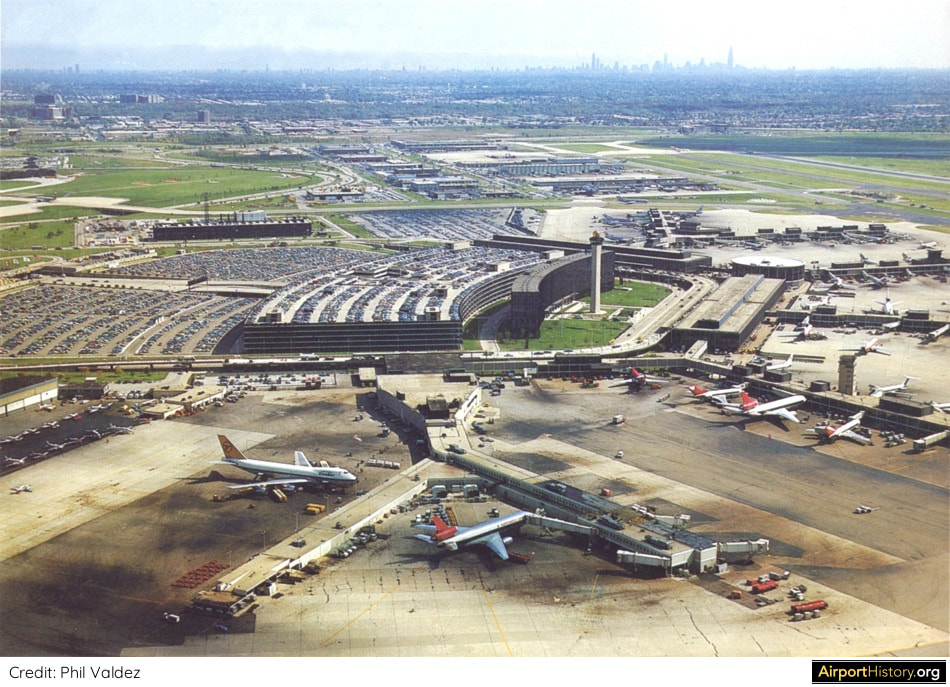 ​On August 8th, 1958,  O'Hare International Airport's first terminal, used specifically for international travel, was dedicated. The occasion was celebrated by the arrival of a TWA non-stop flight from Paris to Chicago. A total of 22,498 international passengers were accommodated by the end of the year.

In 1961, the main terminal building and a 5,000-car parking lot were completed. All scheduled Midway Airport operations were transferred to O'Hare International Airport by 1962. The additional transferred flights made the passenger numbers rise to 10 million by the end of the year, making O'Hare International Airport the "World's Busiest Airport." 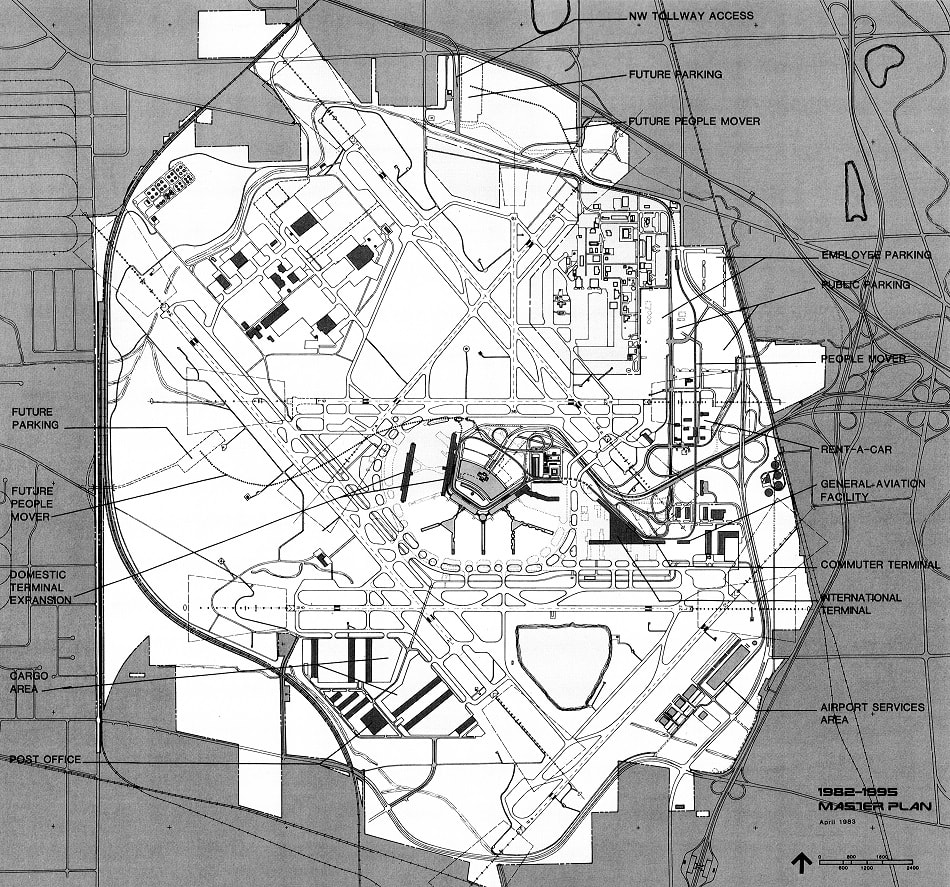 A 1971 view of the completed Landside Terminal. The six-story structure contained more than a million square feet of floor space. The building's foundation and supporting columns were designed for expansion and could ultimately support three additional levels of parking. These would be added in the early 1980s.

In this photo, the 227-foot-tall (69 meter) air traffic control tower is still under construction. It would be completed a year later on July 15th, 1972. 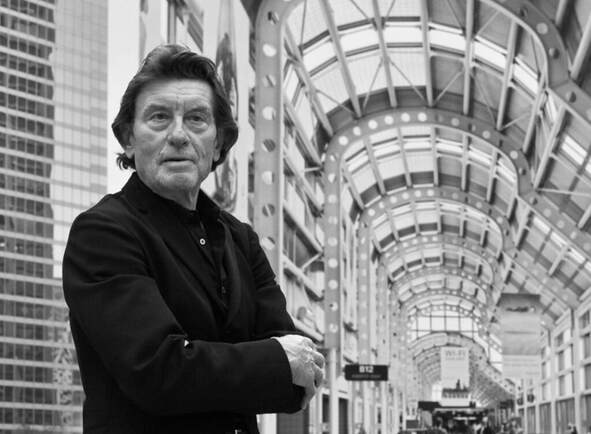 ​Helmut Jahn was the architect of numerous buildings in his adopted city of Chicago, most notably the James R Thompson Center in the city's downtown and United Airlines Terminal One at O'Hare airport.

The architect's other prominent work includes the Sony Centre complex on Potsdamer Platz in Berlin and the Suvarnabhumi Airport in Bangkok.

Born in Germany in Zirndorf near the city of Nuremberg in 1940, Jahn studied architecture at the Technical University of Munich. In 1966 Jahn emigrated to the USA to continue his architecture education at the Illinois Institute of Technology (IIT) in Chicago.

In 1967, after leaving IIT without a degree he joined American architect Charles Francis Murphy's studio C F Murphy Associates, which was renamed Murphy/Jahn in 1981. The studio was renamed Jahn in 2012.

With the Jet-Age booming in the early 1960s, new airports and the expansion of old ones presented design challenges to architects all over the world. Still, few came up with plans of beauty or anything symbolizing the excitement of flight.

One of the exceptions was Eero Saarinen, who during his expressionist period turned out the TWA Flight Center at New York's Kennedy Airport--an extraordinary piece of functional concrete sculpture. For an encore, Saarinen designed the Dulles terminal in Virginia, still one of the most beautiful terminals in the world.

For the terminal's design, Jahn was inspired by the wide-spanned structures built at the start of the industrial age. Specifically, he was inspired by buildings such as the Palm House Orangery in London and the great 19th century London train stations. 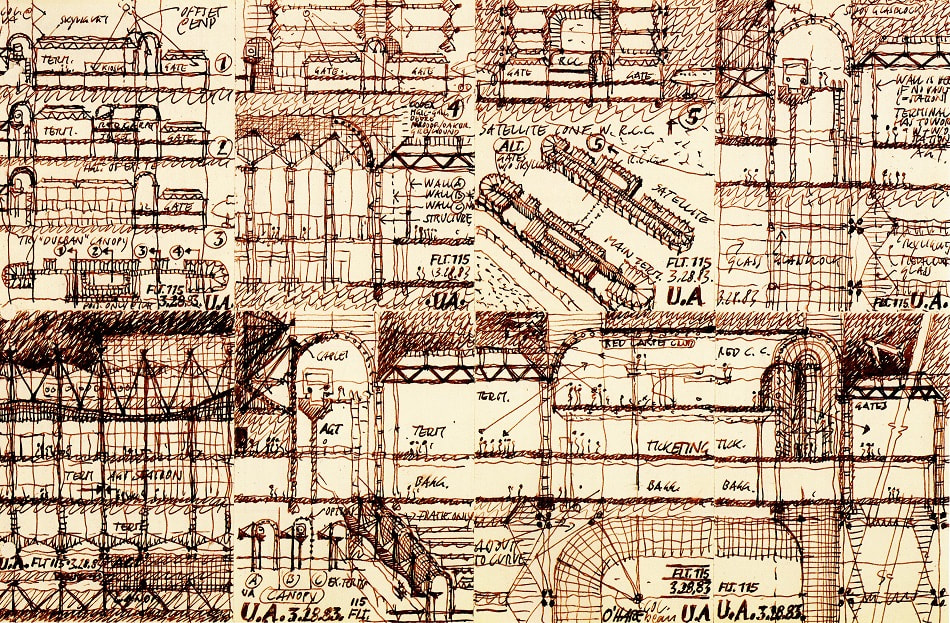 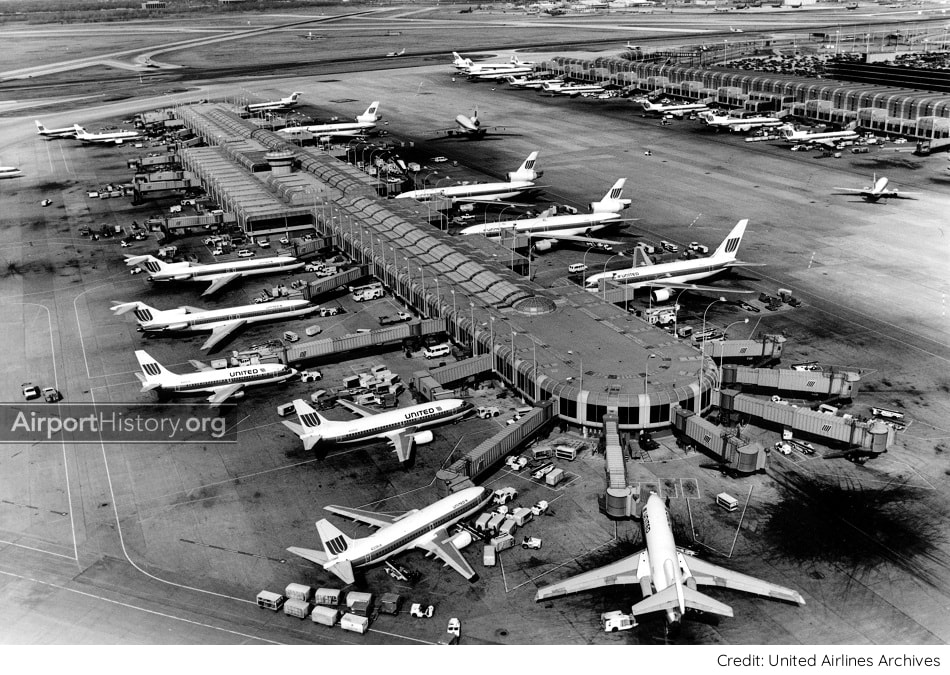 A view of the Eastern Air Lines ticketing area. Travelers and the media praised the avant-garde new terminal. U.S. News and World Report wrote, “inside the terminal are vast expanses of carpeted waiting areas and softly lighted ticket counters – more like a quiet hotel lobby than the usual crowded airport departure lounge.”

XXXX
We hope you enjoyed our tribute to the terminal for tomorrow! We're well into tomorrow now and I think we can agree that it held up pretty well over the last 35 years!
​ACKNOWLEDGEMENTS