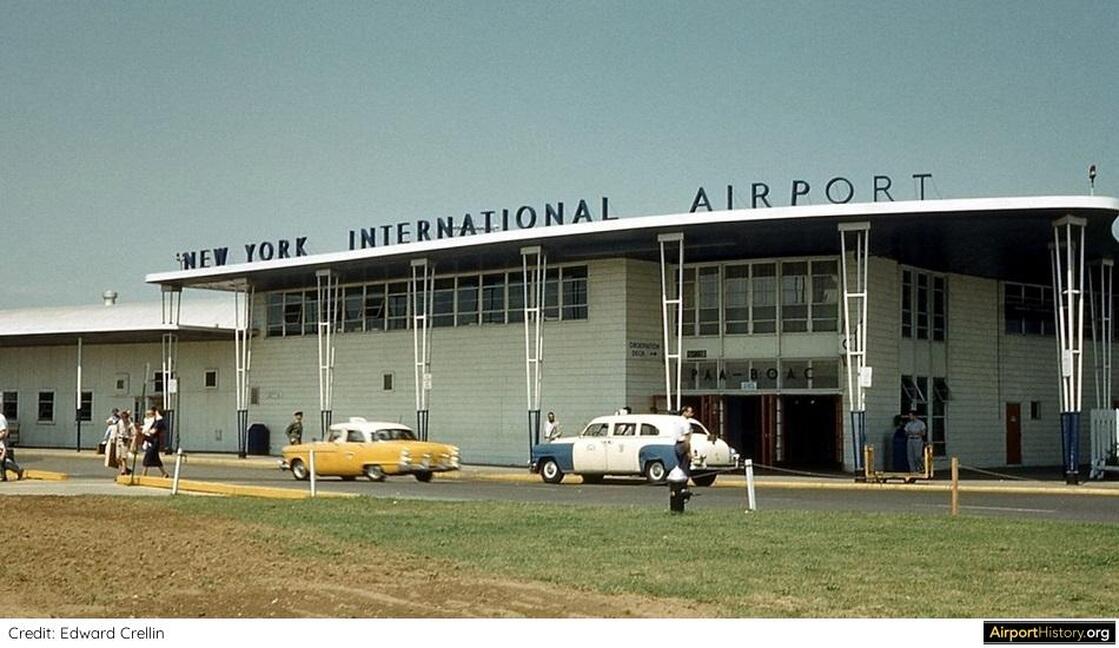 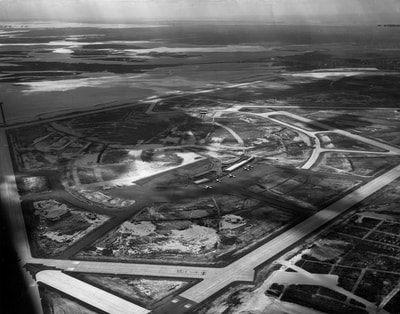 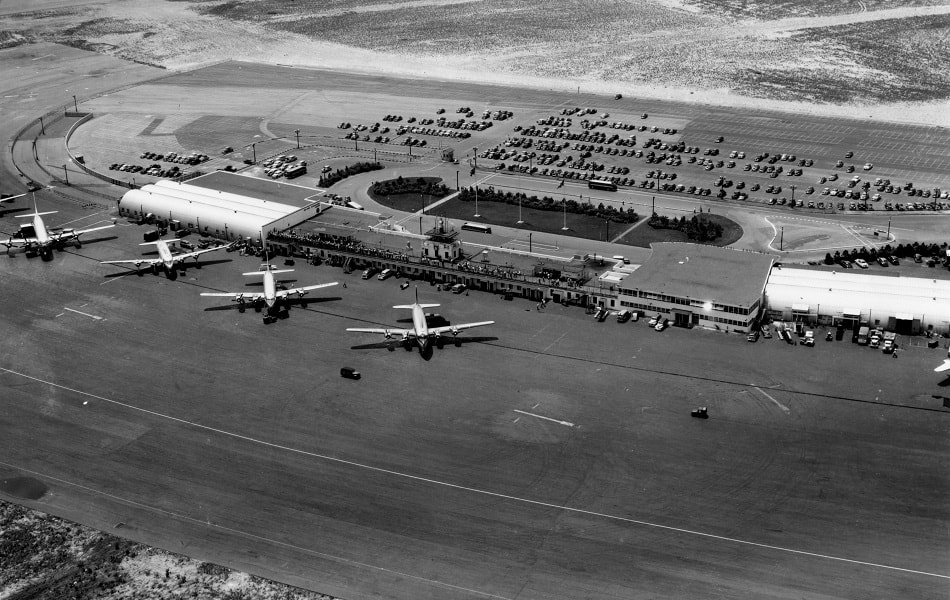 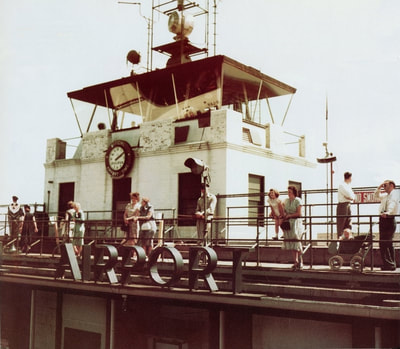 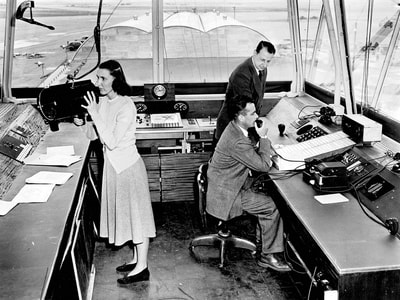 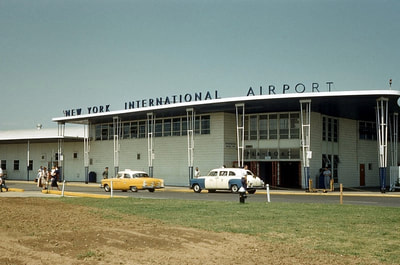 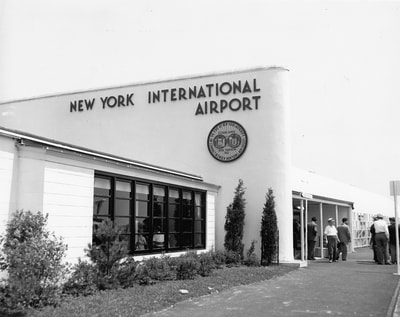 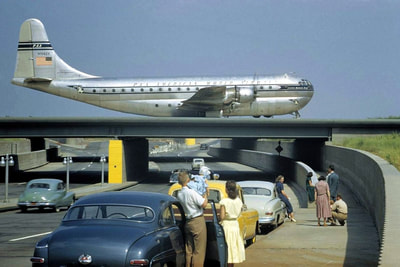 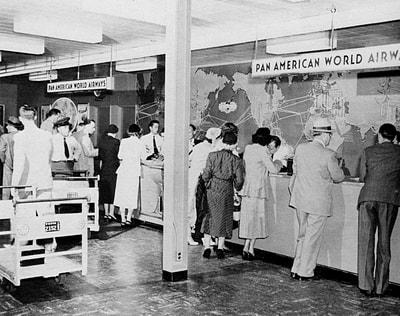 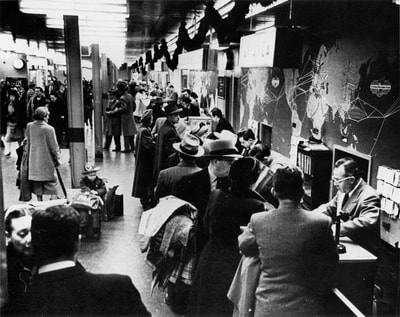 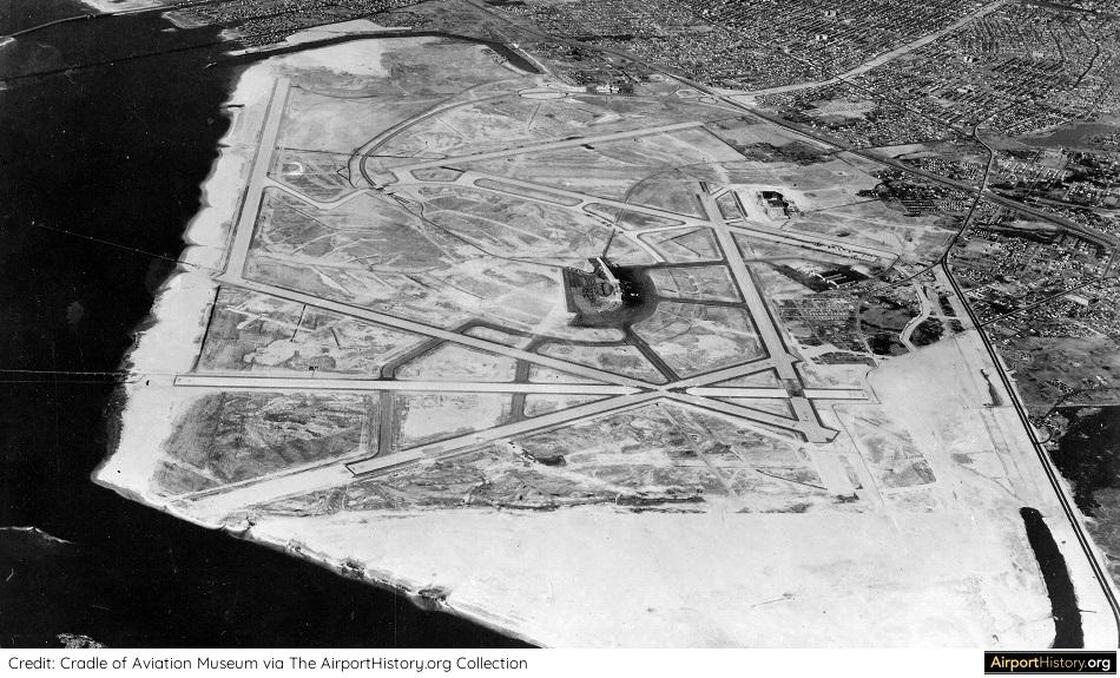 A 1949 aerial looking northwest. A new addition is the instrument runway 04/22, which runs from the left to the right in the image, and is still in use today. Note the central terminal area, which is still largely undeveloped.
​FIRST PERMANENT BUILDINGS 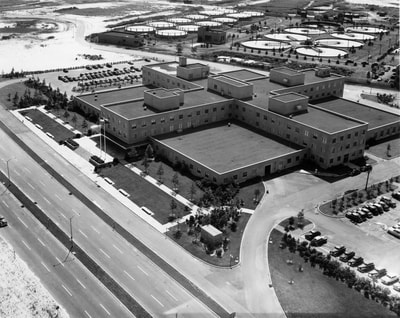 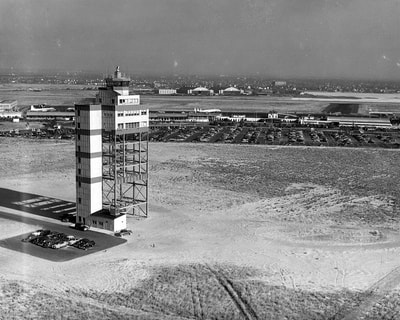 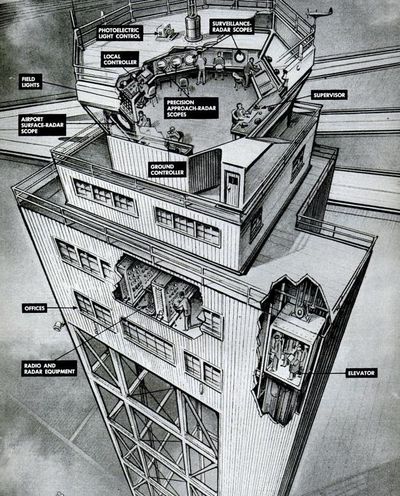 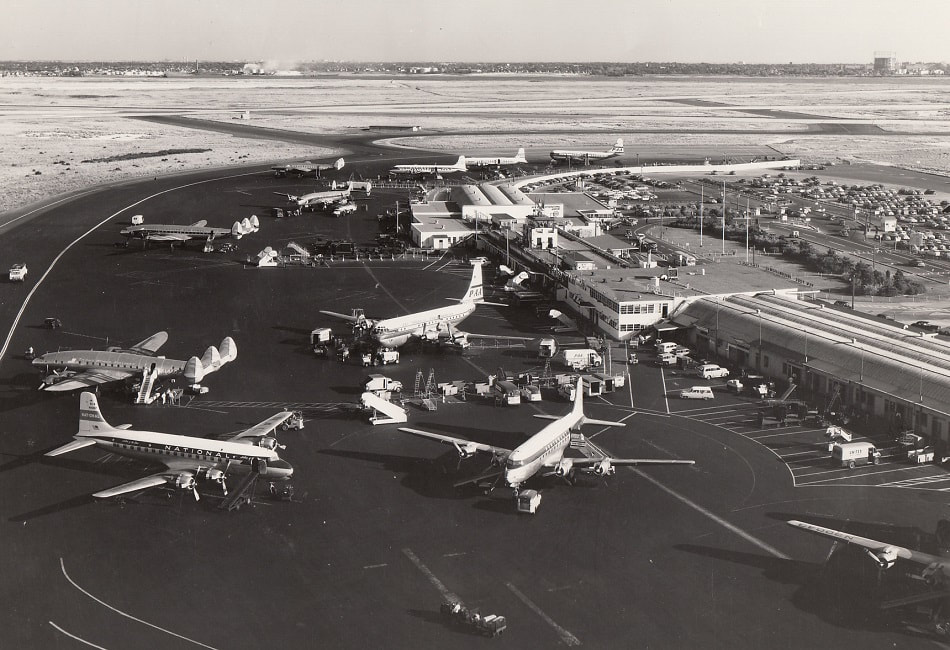 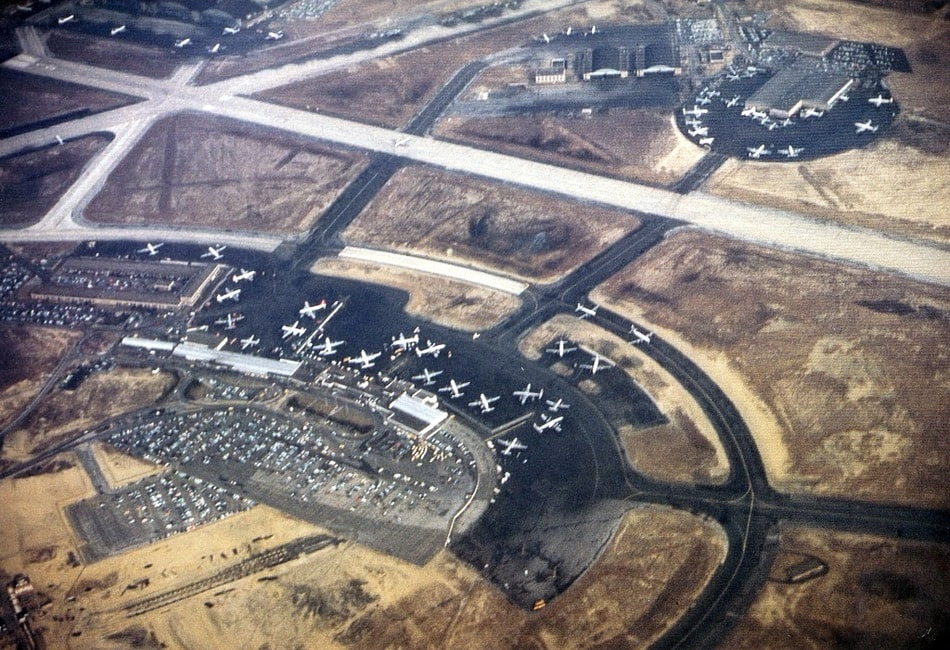 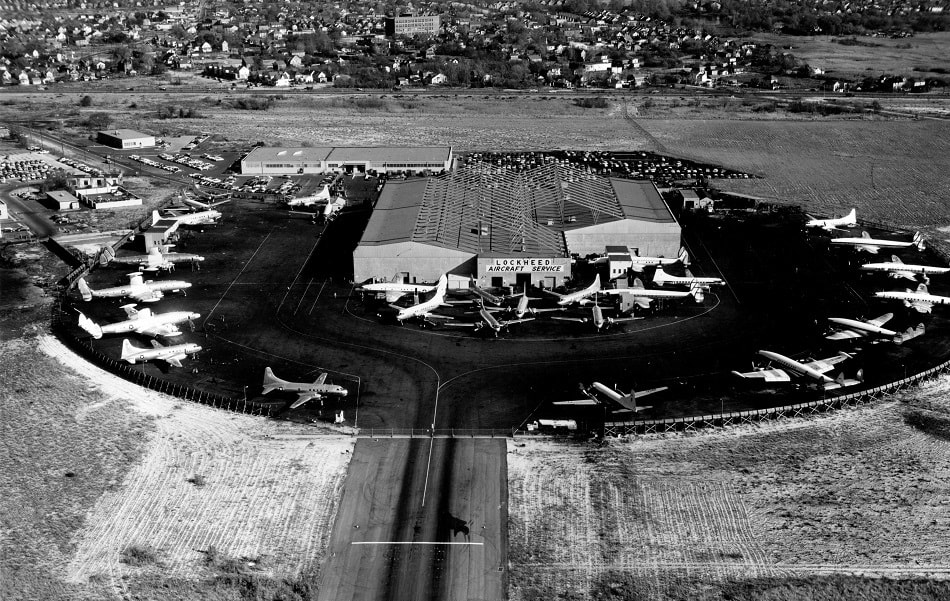 Artist's rendition of the International Arrival Building (IAB) and Wing Buildings. Credit: AirportHistory.org/PANYNJ
SUPPORTING FACILITIES AND INFRASTRUCTURE
​
With 655 acres (265 hectares), Terminal City alone would be 15% larger than all of LaGuardia Airport. The 1.5 million square feet (140,000 square meters) of floor space in the airline terminal buildings was a about a hundred times that of the airport's original temporary terminal building.

An artist's impression of the future Terminal City. Note the abundance of green space.

To be continued in Part 3!

This brings us to the end of Part 2. Curious how Terminal City turned out? Click here to read Part 3!

Do you have memories of Idlewild in in the early years? Share your stories below!