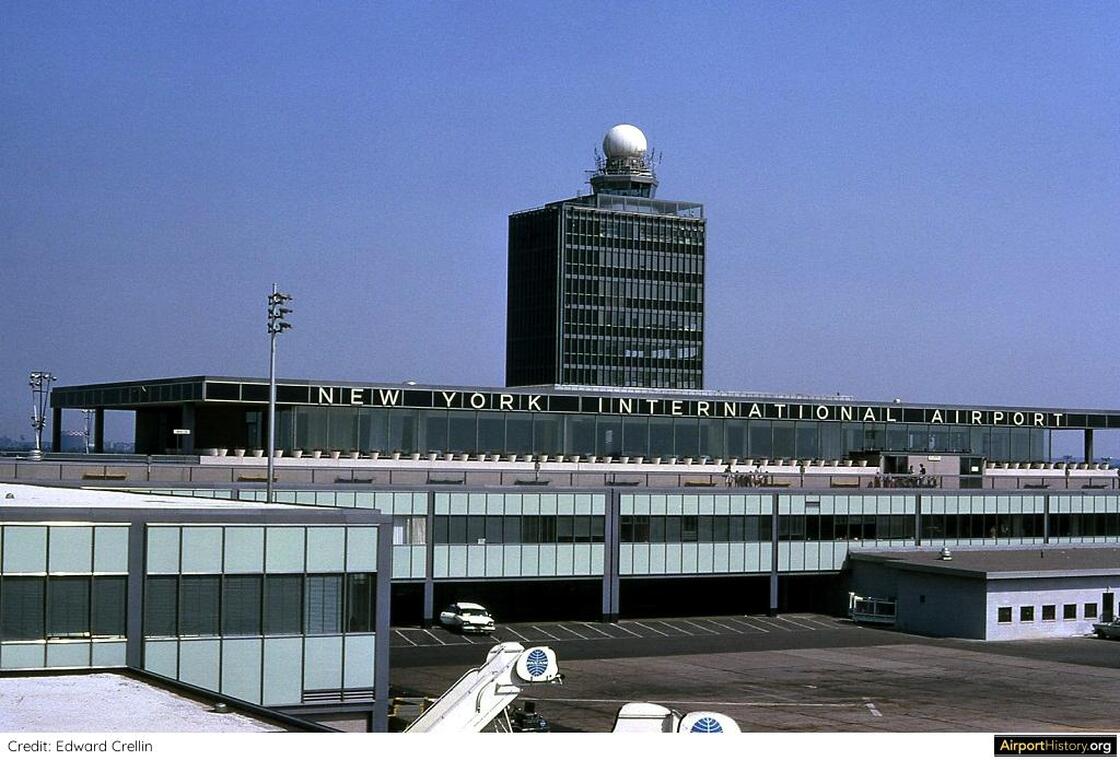 In this third installment of our multi-part history on New York John F. Kennedy Airport, we'll take a tour of the airport's first permanent passenger terminal building, the International Arrivals Building (IAB). We'll also find out how Idlewild dealt with the transition into the Jet-Age. 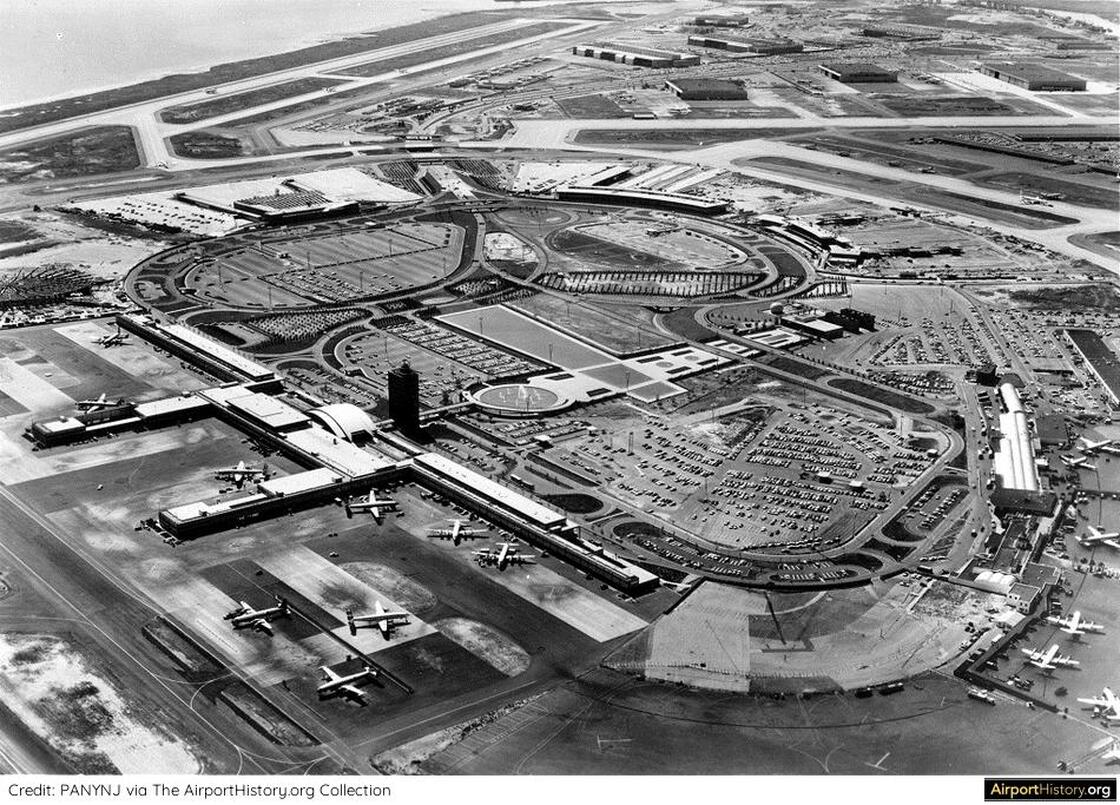 A 1958 aerial view showing Terminal City under construction. The IAB and Wing Buildings are completed while construction of the Pan Am, Eastern, United/Delta and American Terminals is underway. The temporary terminal is in the lower right.
GALLERY: INTERNATIONAL ARRIVALS BUILDING (IAB) - AERIAL AND EXTERIOR VIEWS ​ 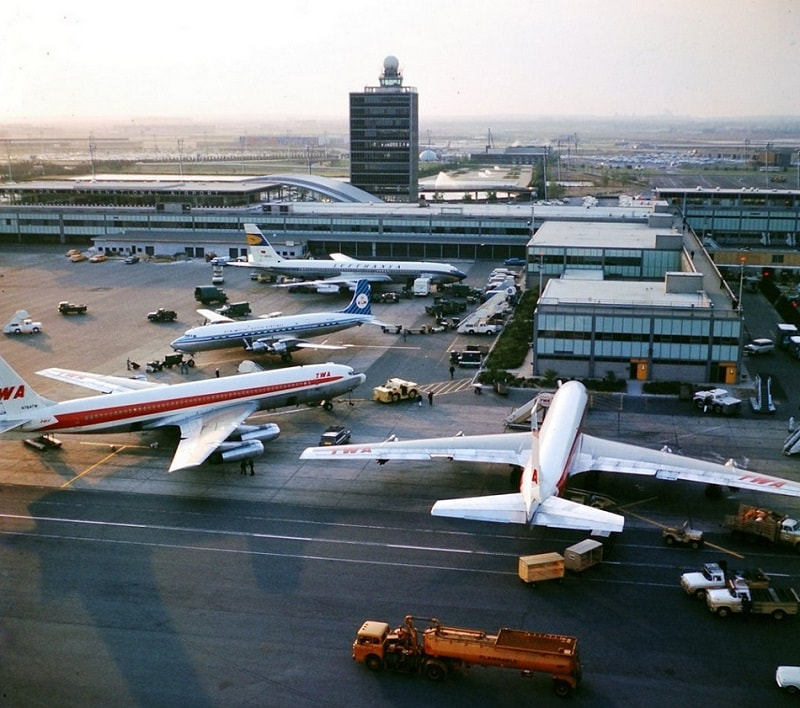 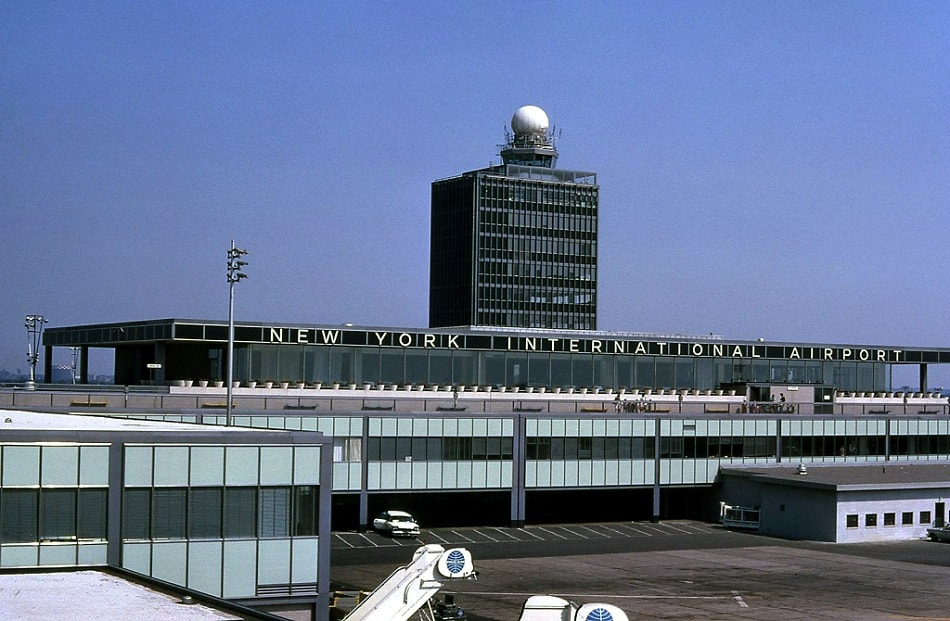 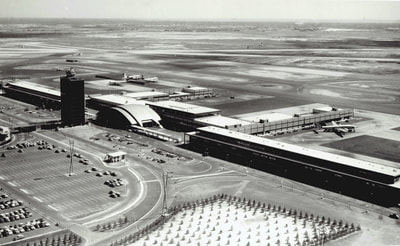 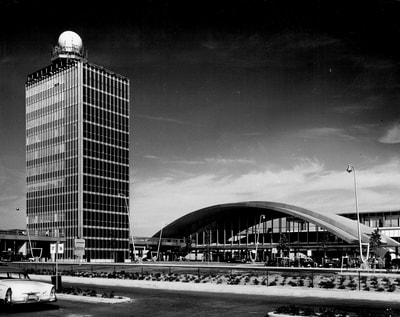 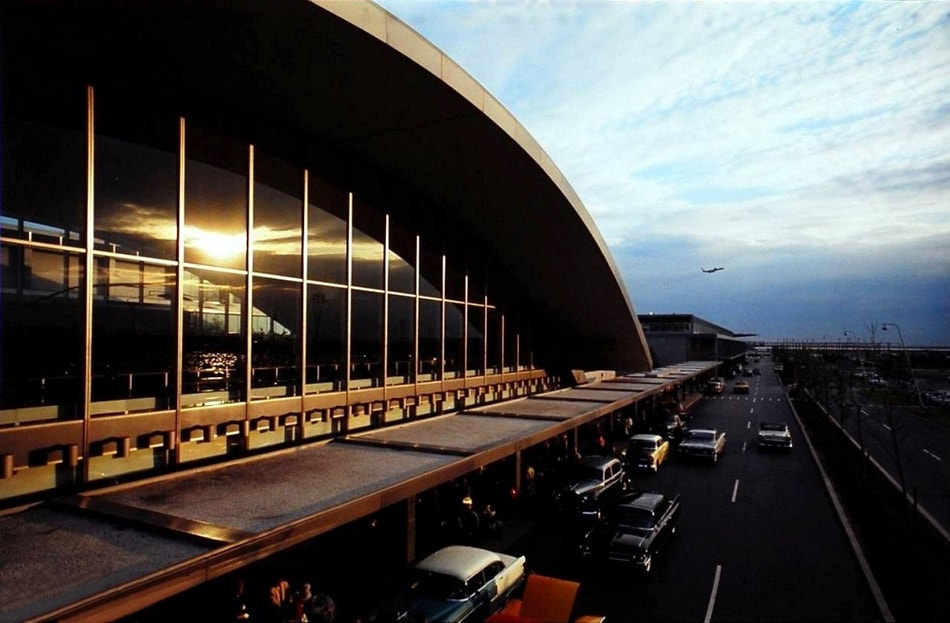 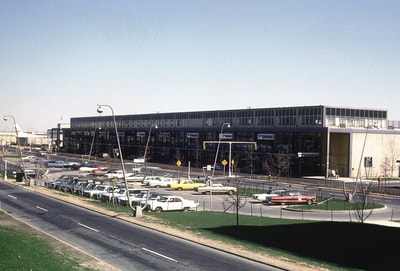 ​​Having cost USD 30 million, the IAB and Wings were dedicated on December 5th, 1957, and operations started in the early hours of the next day. The honors for the first arrival went to a B.O.A.C. Douglas DC-7 from Nassau, while the first transatlantic arrival was a Pan American Boeing Stratocruiser from London. The IAB and Wing Buildings were later renamed Terminal 4.
GALLERY: INTERNATIONAL ARRIVALS BUILDING (IAB) - INTERIOR VIEWS ​ 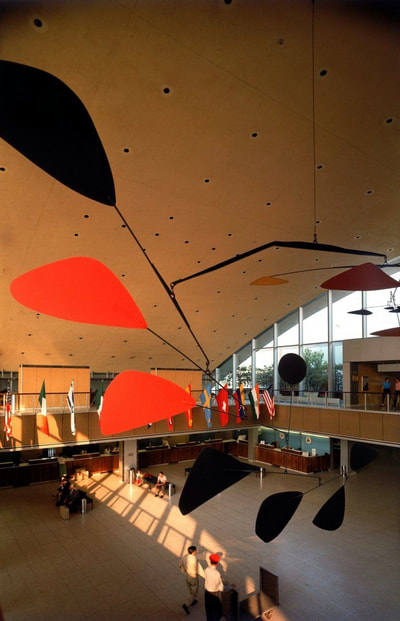 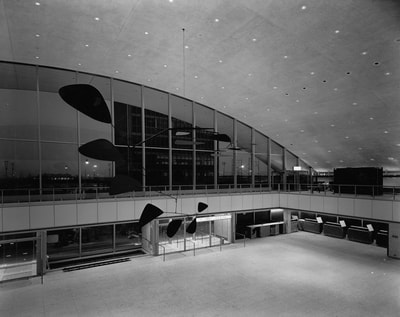 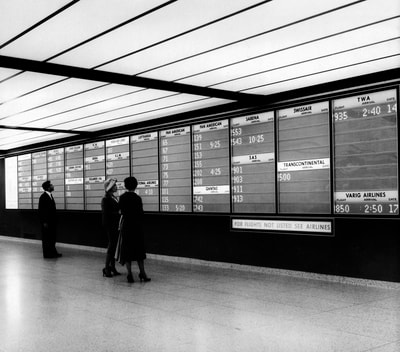 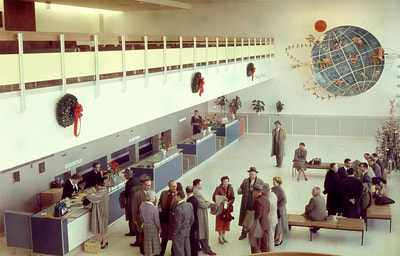 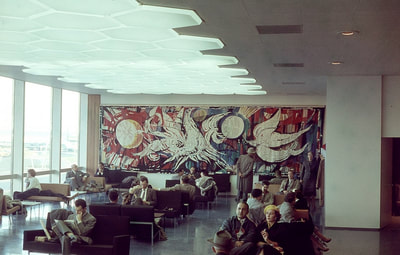 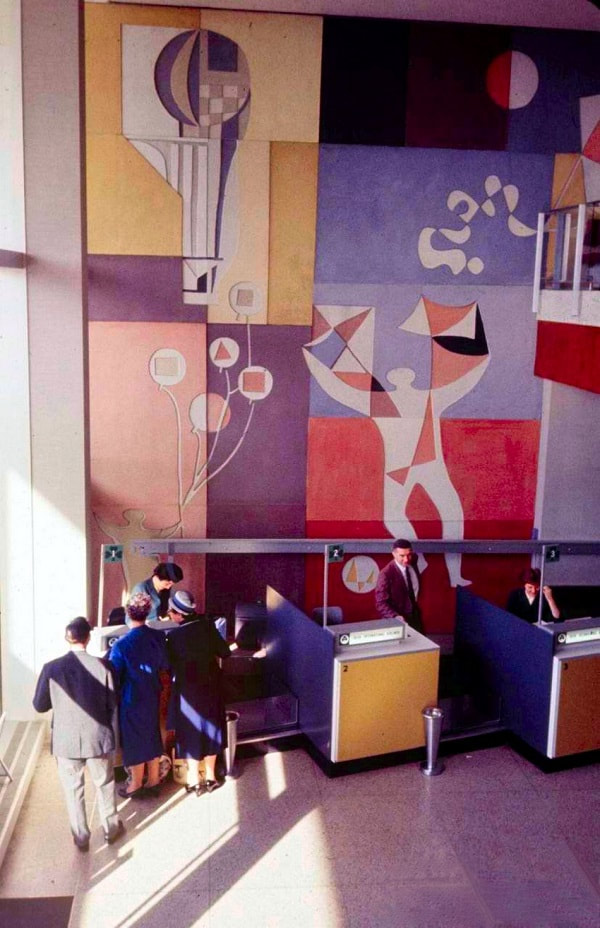 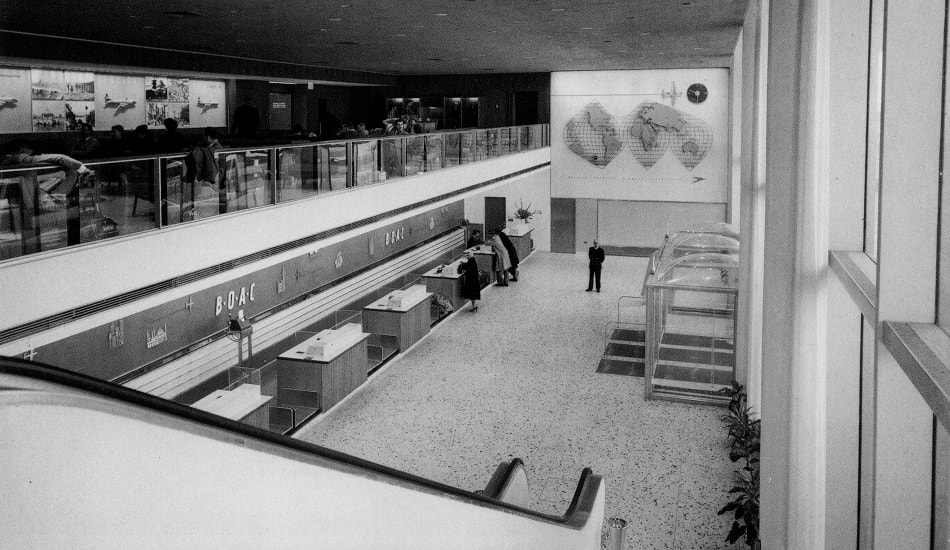 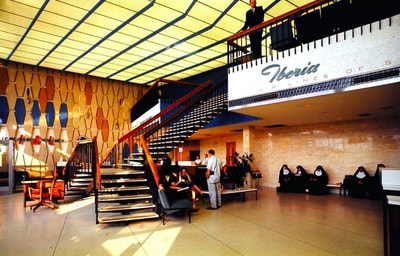 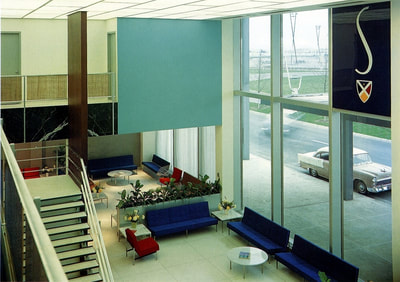 ​A NEW AGE OF TRAVEL BEGINS
​
The 'Jet Age' presented a huge paradigm shift in air travel. Jet airliners were able to fly much higher, faster and farther thanolder piston‑powered  propliners, making transcontinental and intercontinental travel considerably faster and easier.
​THE JET AGE TAKES OFF
​
By 1959, the Boeing 707 and Douglas DC-8 became a common sight at Idlewild.  On January 25th, American began service to Los Angeles. On March 20th, TWA began 707 service between Idlewild and San Francisco. Boeing's main competitor, the Douglas DC-8, also made its commercial debut at Idlewild when the type entered service with Delta and United.

This 1959 aerial shot shows the newly completed 8,400-foot (2,560-meter) instrument runway 4R-22L at the bottom of the picture. Several of the existing runways were extended to handle jet aircraft. Credit: PANYNJ

To be continued in Part 4!

We have merely set the stage. Click here to read about the first airline terminals, those of United Airlines, Eastern Air Lines and American Airlines.