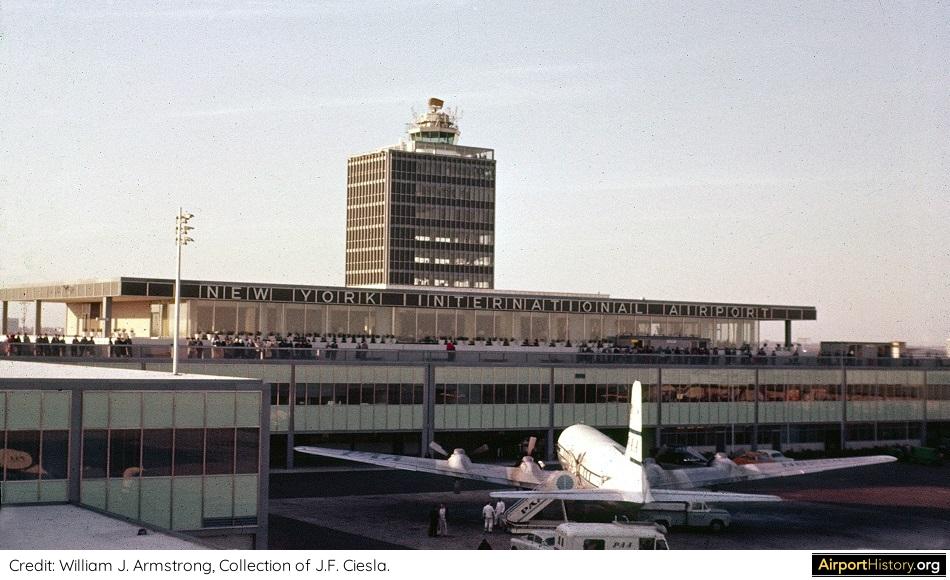 Designed by Skidmore, Owings and Merril (SOM), this was the civic center of Terminal City. The parabolic arch of the arrival hall and the control tower became the airport's logo. The entire complex provided a total of 24 aircraft stands. 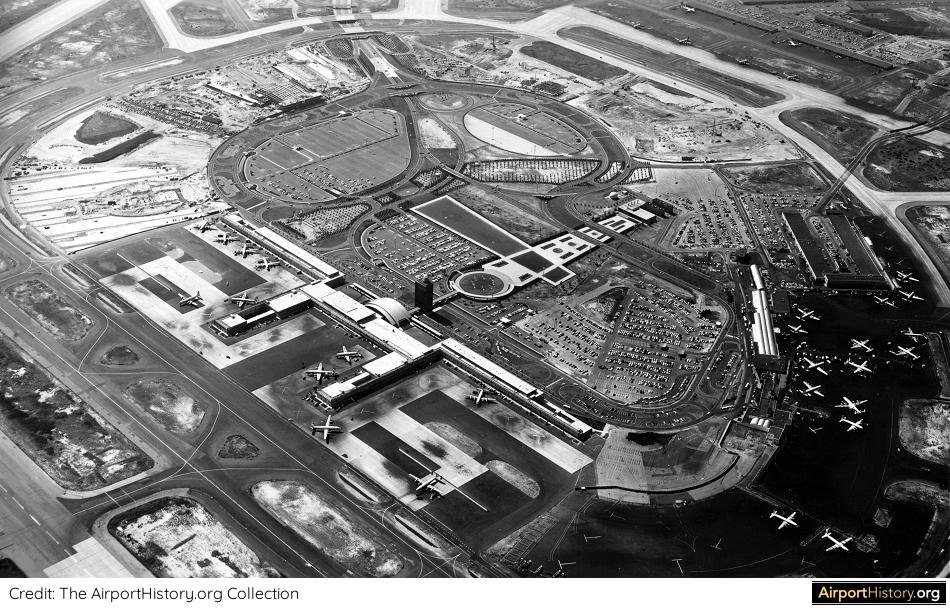 A 1958 aerial view showing Terminal City under construction. The IAB and Wing Buildings are completed while construction of the Pan Am, Eastern, United/Delta and American Terminals is underway. The temporary terminal is in the lower right.
THE IAB
​
The IAB housed all Customs, Health and Immigration services and was originally used by all arriving flights requiring customs and immigration clearance. A key innovation in the design of the customs halls was the introduction of a supermarket-style clearance process whereby passengers claimed their luggage from racks and then proceeded to any of the 32 check-outs arranged in 16 pairs.

Here, conveyor belts moved the bags along for inspection by the customs officers and cash registers were installed to collect any duty payable. In the IAB's early days, the whole international arrival process from aircraft door to the public arrival hall could take as little as 15 minutes, compared to an hour in the temporary terminal.

​The IAB also contained The Golden Door Restaurant and Cocktail Lounge, a coffee shop, a barber shop, a bookstore, a florist shop, a jewelry store and multiple waiting rooms.​ 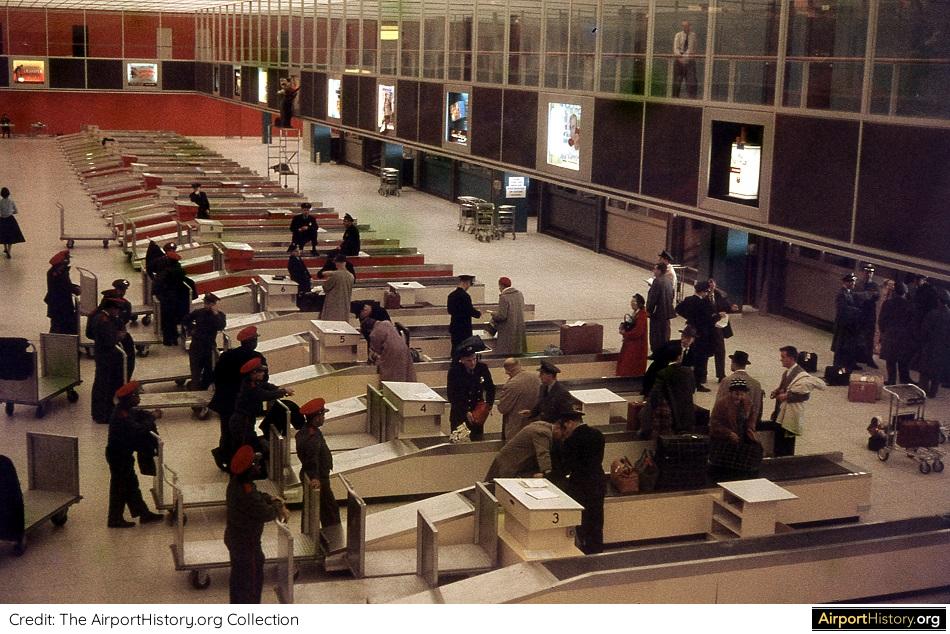 The customs area in the IAB. In the early years, "meeters and greeters" were able to view their relatives from a gallery on the second floor.
THE WING BUILDINGS
​
Joining the International Arrival Building at each end were the Airline Wing Buildings. The Wing Buildings housed ticket counters, lobbies and offices for the more than 20 foreign flag airlines using the airport. Each of the carrier's blocks had an attractive custom designed interior layout.

There was no common departure area for departing passengers. After checking in on the ground floor, passengers proceeded to a second-story waiting room. When the flight was announced, passengers would proceed to the adjoining gate.
GALLERY: INTERNATIONAL ARRIVALS BUILDING (IAB) - AERIAL AND EXTERIOR VIEWS ​ 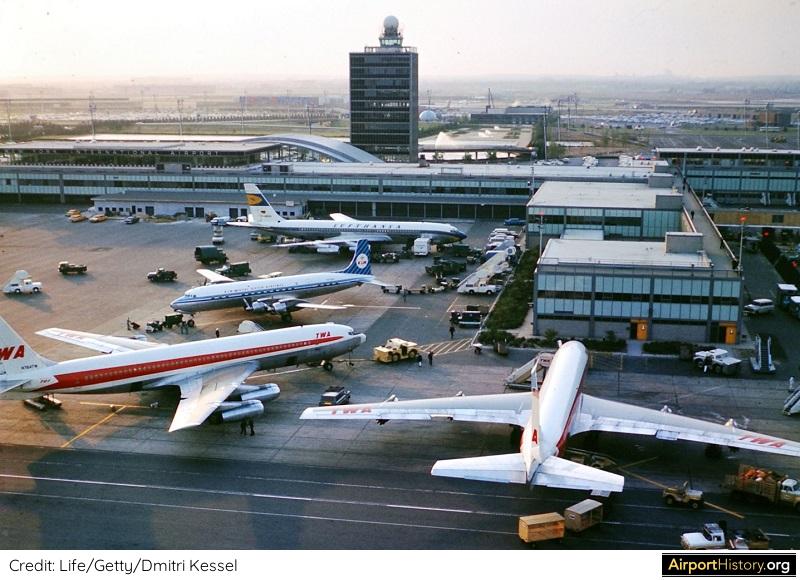 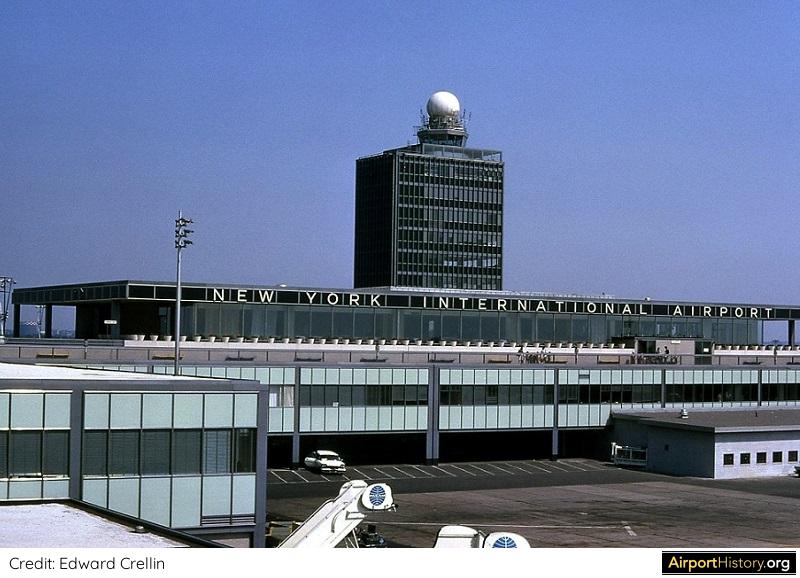 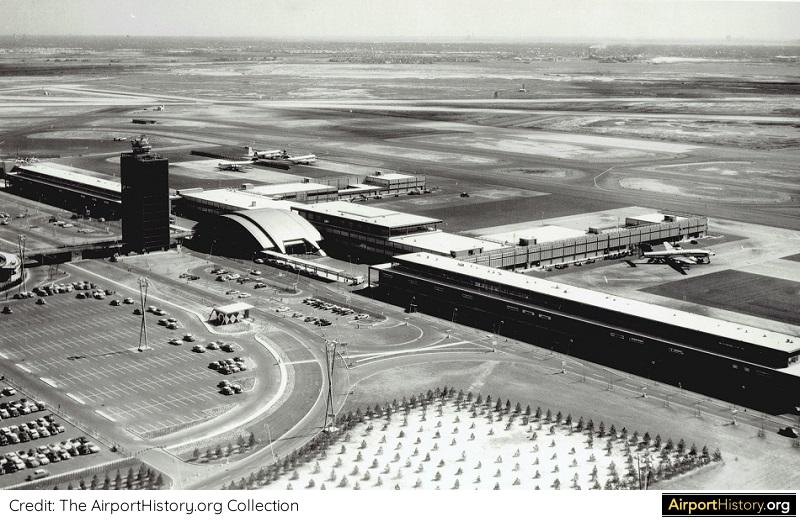 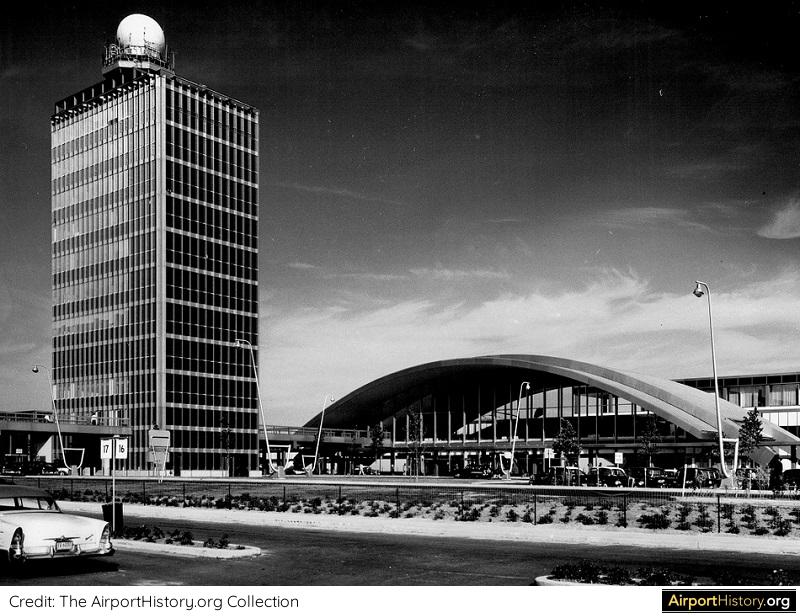 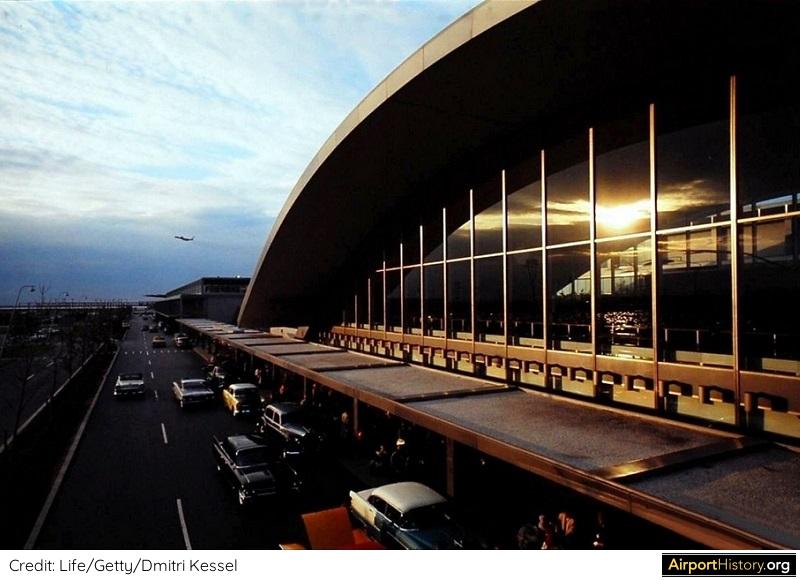 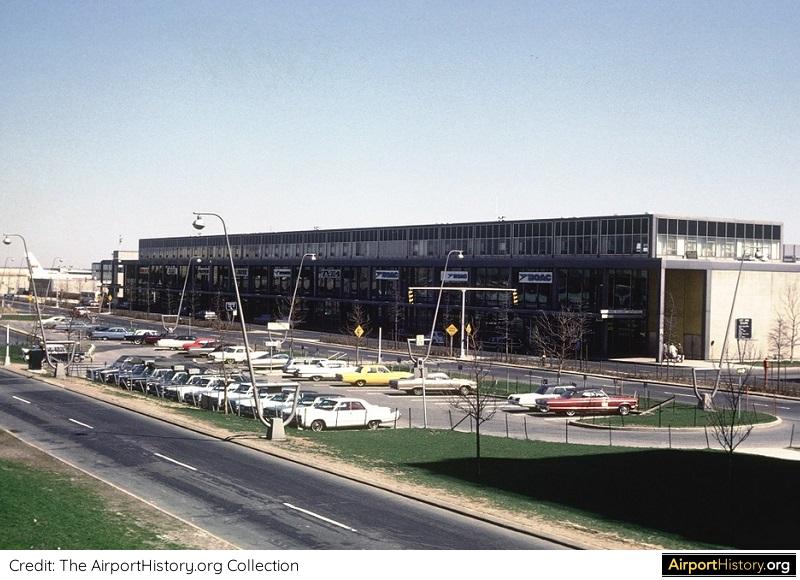 Sign up to our e-mail newsletter to know when new content goes online!
CATERING TO THE ENTHUSIAST

The entire length of the IAB and Wing Buildings contained a 4,000-foot-long (1,220-meter) observation deck where visitors could listen in to the conversations between control tower and aircraft by means of coin-operated radios.

​An elevated promenade connected the building with the public parking areas and the control tower, which had a tenth-floor observation deck.

​​​Having cost USD 30 million, the IAB and Wings were dedicated on December 5th, 1957, and operations started in the early hours of the next day. The honors for the first arrival went to a B.O.A.C. Douglas DC-7 from Nassau, while the first transatlantic arrival was a Pan American Boeing Stratocruiser from London. The IAB and Wing Buildings were later renamed Terminal 4.
GALLERY: INTERNATIONAL ARRIVALS BUILDING (IAB) - INTERIOR VIEWS ​ 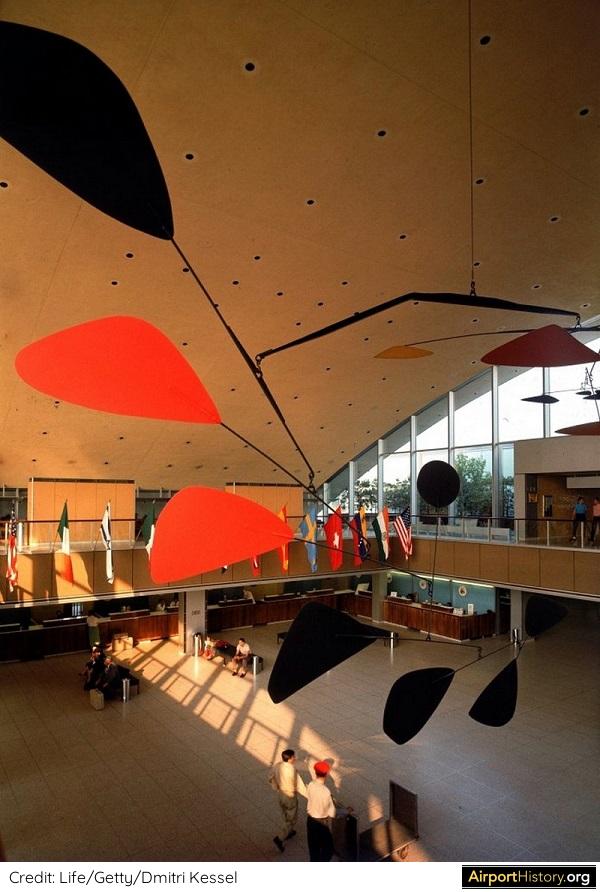 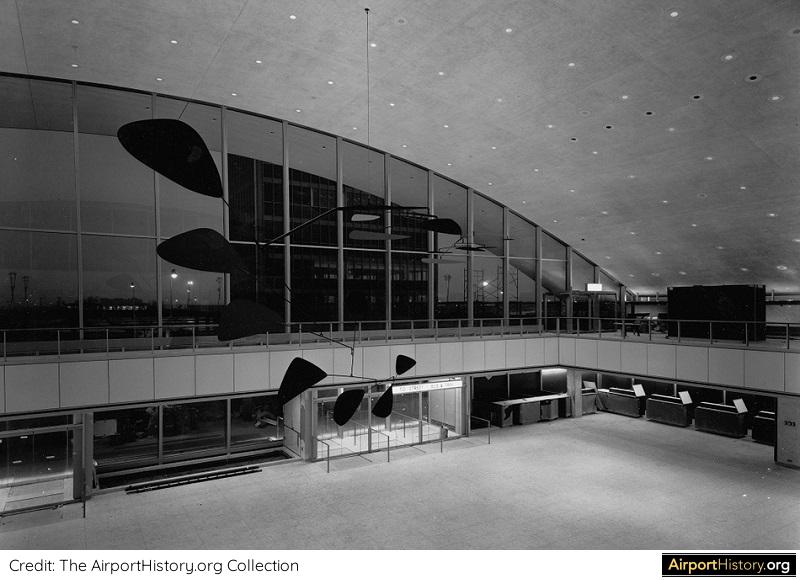 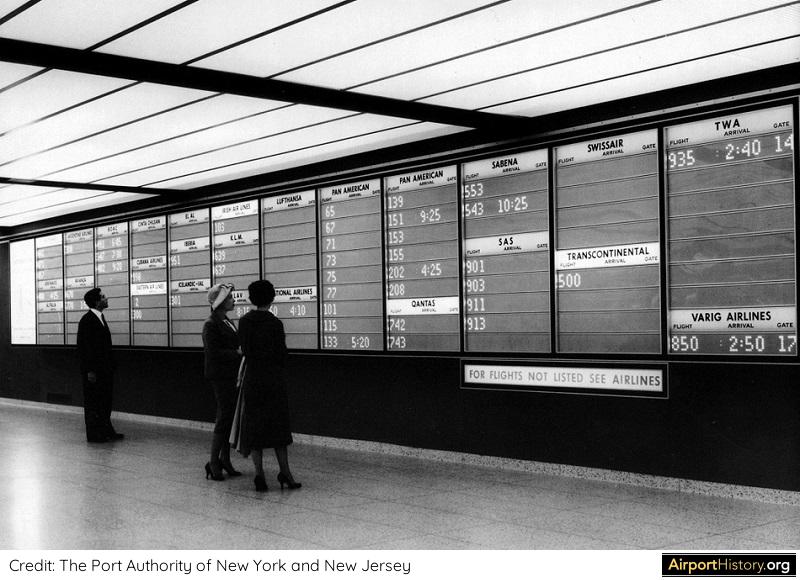 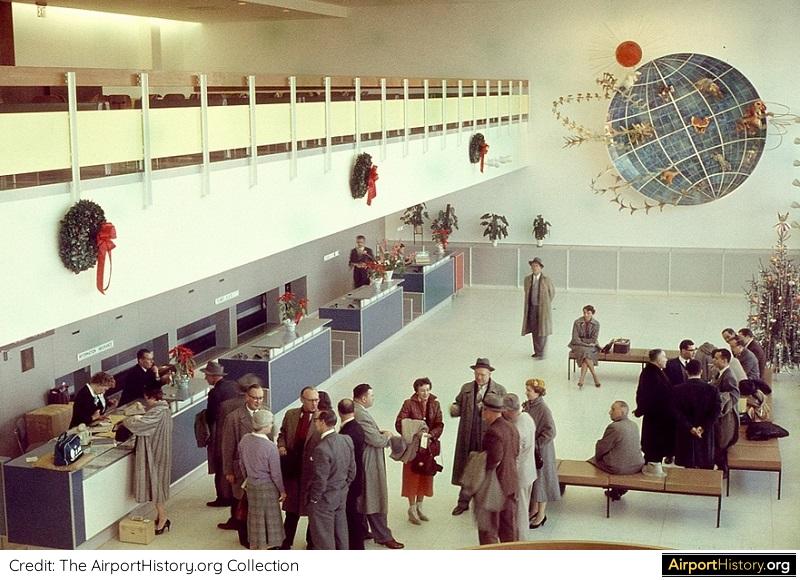 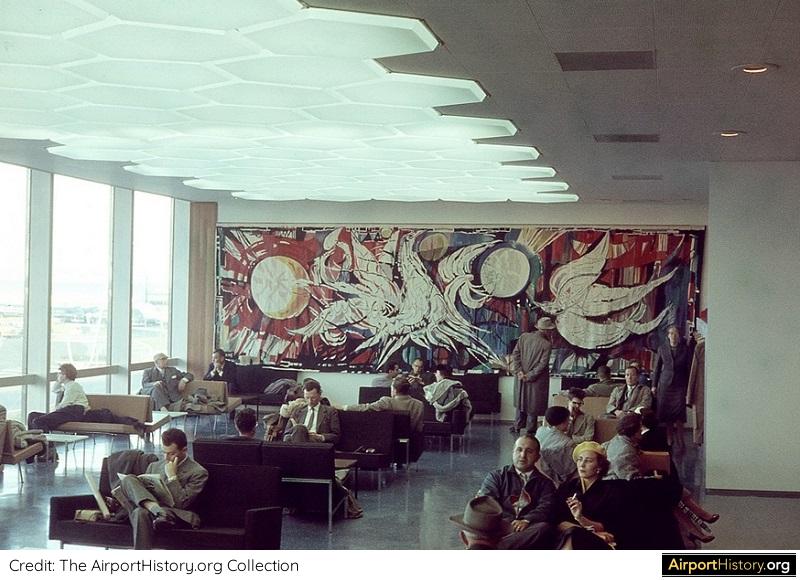 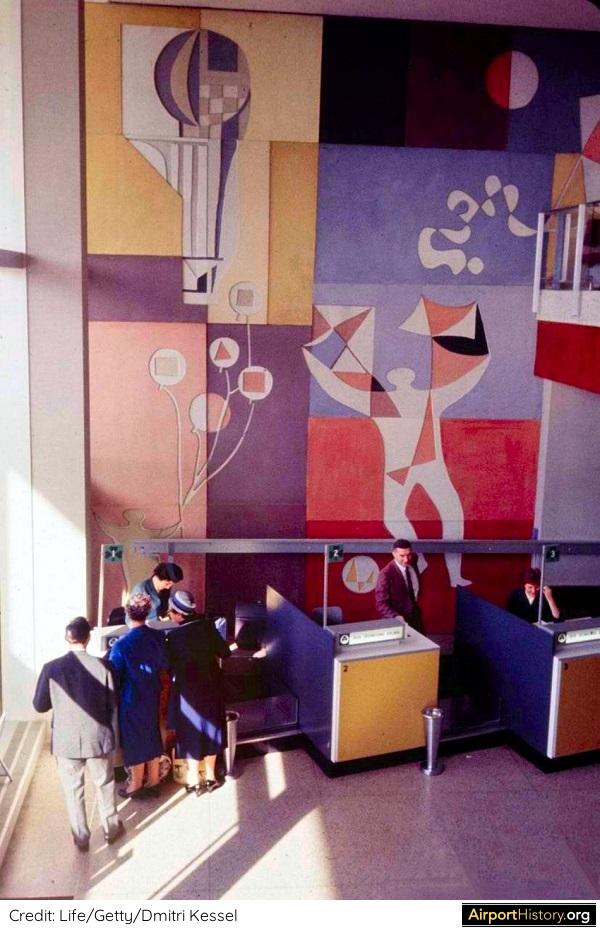 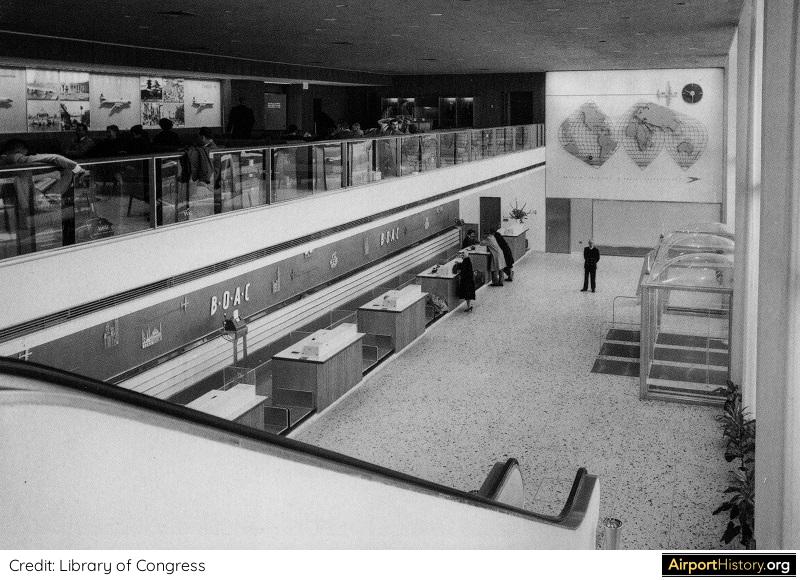 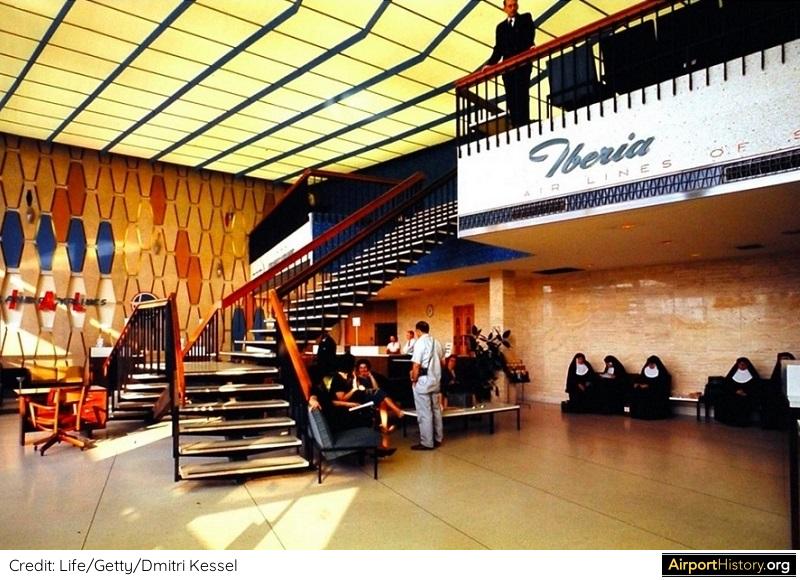 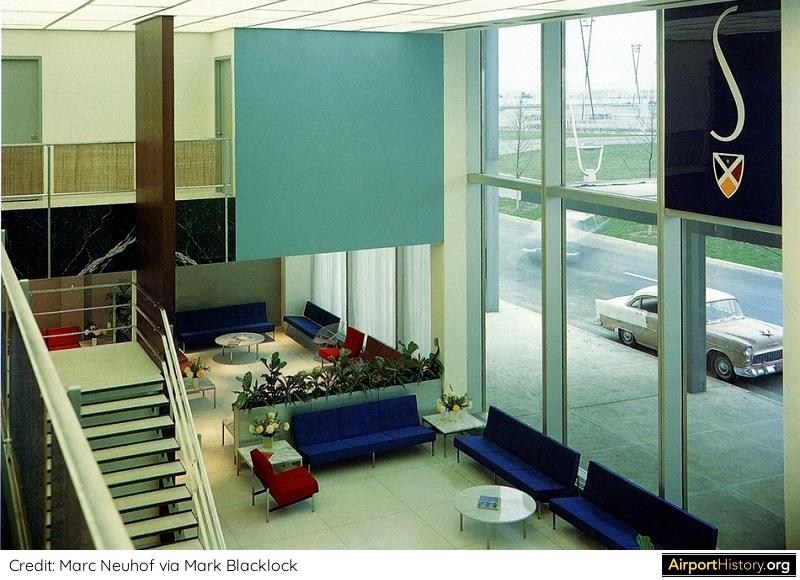 Later on, we will revisit the IAB during its late 1960s expansion. We have merely set the stage. Click below to read the next part, where we will explore how Idlewild dealt with the advent of the Jet Age!