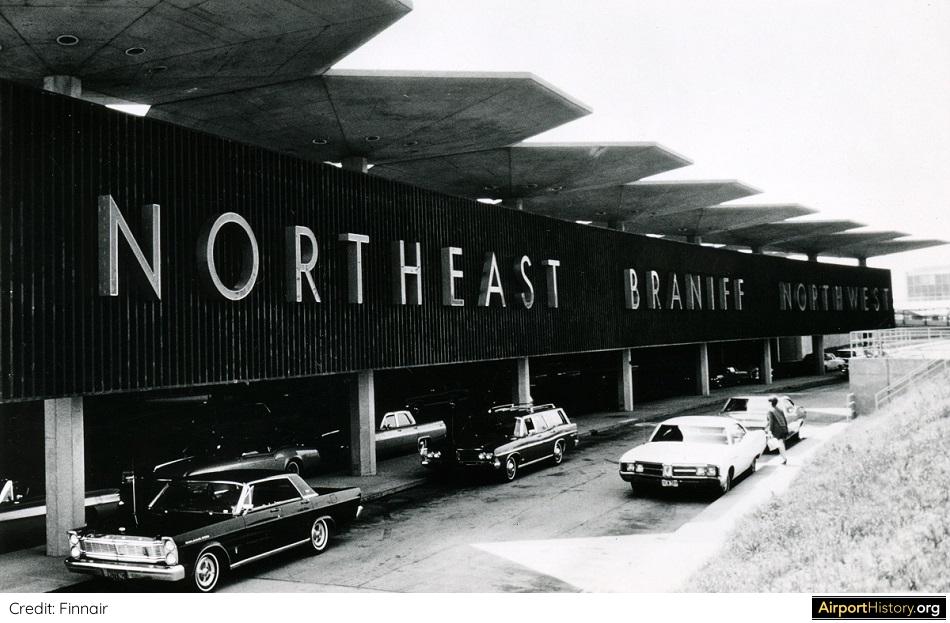 An exterior view of the Northeast/Braniff/Northwest terminal. The departure roadway and entrance to the terminal was covered with 24 concrete "parasols" that were octagonal in shape and arranged in three rows. A screen attached to the columns of the outer row of parasols bore the names of the three airlines.
By Marnix (Max) Groot
Airport Development
Expert and Historian
Published: April 30, 2020
In this fifth installment of our history of Kennedy Airport, we will focus on the last and smallest of the early terminals of Terminal City: the combined terminal for Northeast, Braniff and Northwest, which opened in 1962. We will also look at some of the other magnificent facilities that were built to support the operation of the airport.

An artist's impression of the future combined terminal of Northeast, Braniff and Northwest Airlines.

The three carriers made a statement by not making the architectural statements of the major airlines.

After a 7.2-hectare (17.8-acre) site between Pan American and Eastern was rejected by American for being too small, the Port Authority offered it to Northwest Airlines, which had been in operation at Kennedy since 1949. Its operations only required a handful of gates. Hence, in 1959 Northwest partnered with Braniff International Airways and Northeast Airlines, which had started operations at Kennedy in 1957 and 1958 respectively.

Previously they had been using space in the temporary terminal that was freed up when the foreign carriers moved to the wing buildings. ​The three carriers made a statement by not making the architectural statements of the majors--their terminal was the cheapest in Terminal City.

​​Covering 250,000 square feet (23,226 square meters), it was a simple, functional design by the Washington DC-based firm White & Mariani, with the only special feature being a parasol canopy over the curbside.
​GALLERY: EXTERIOR AND INTERIOR VIEWS 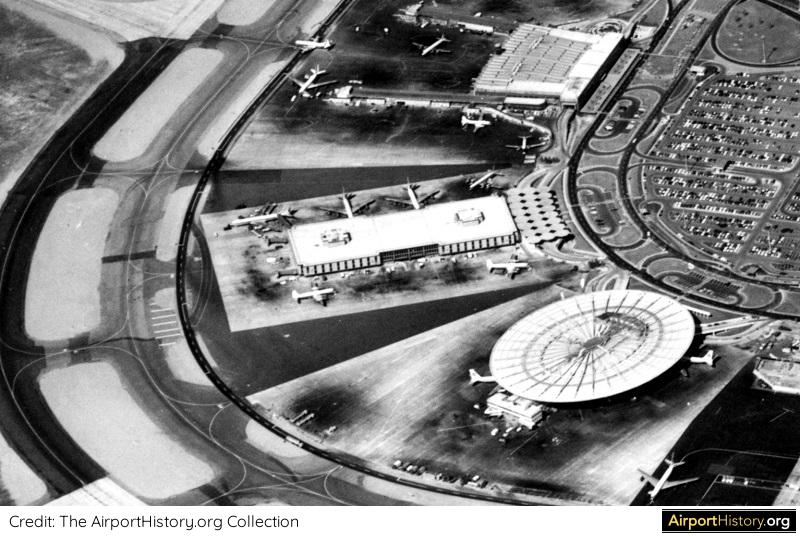 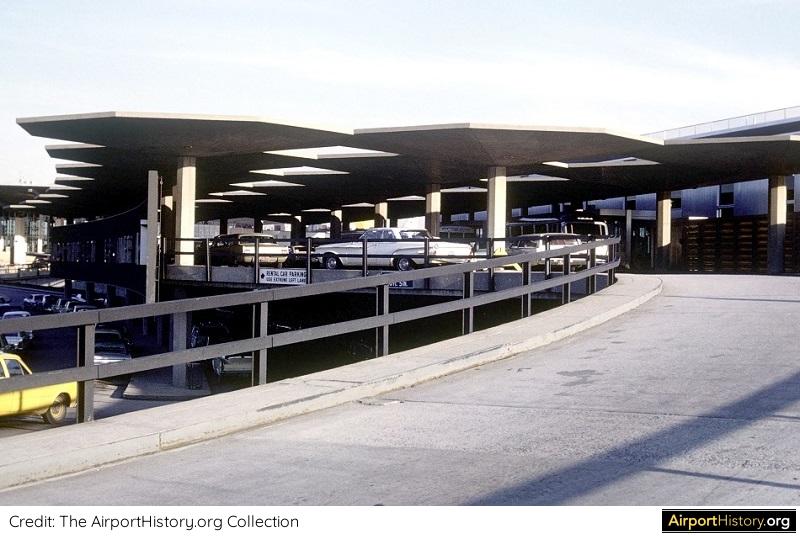 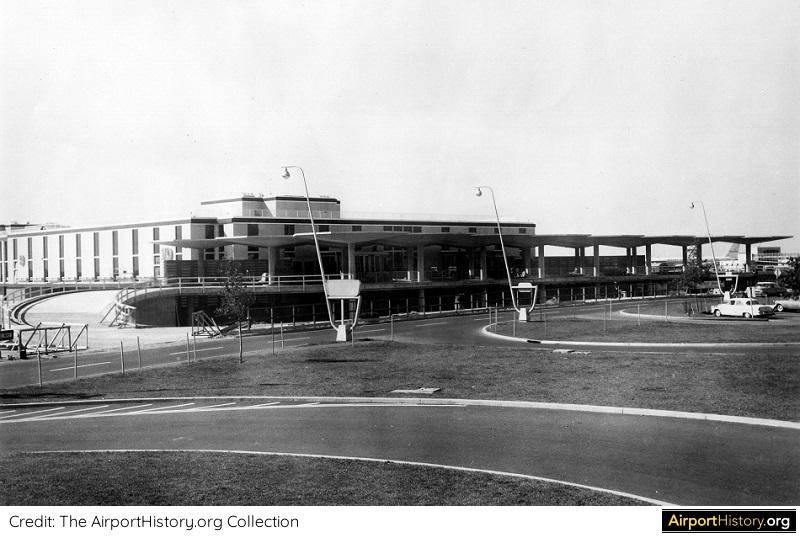 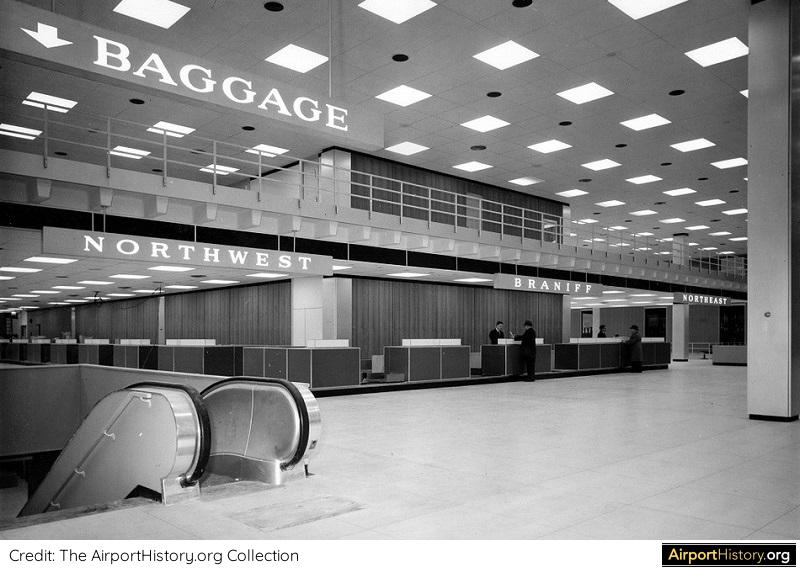 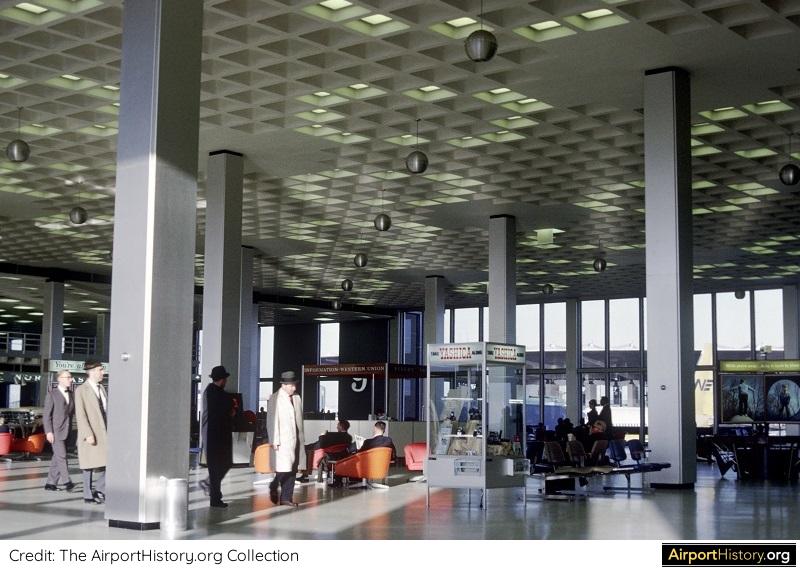 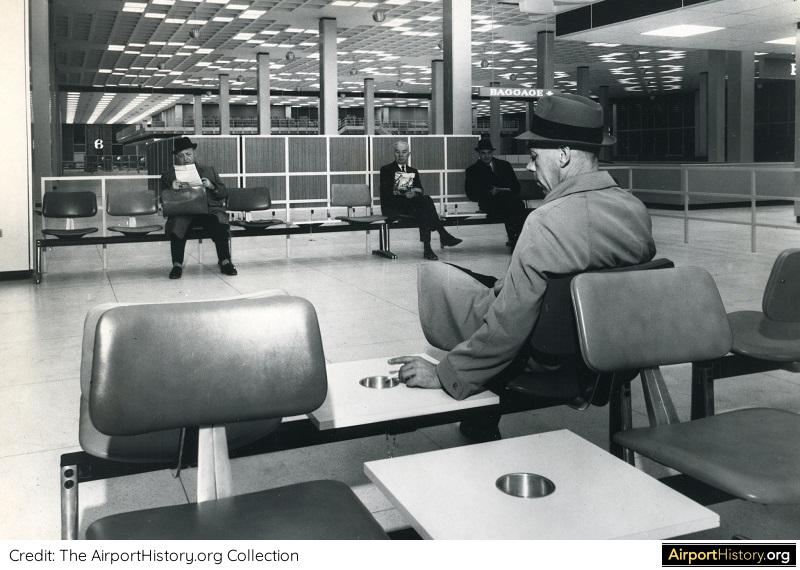 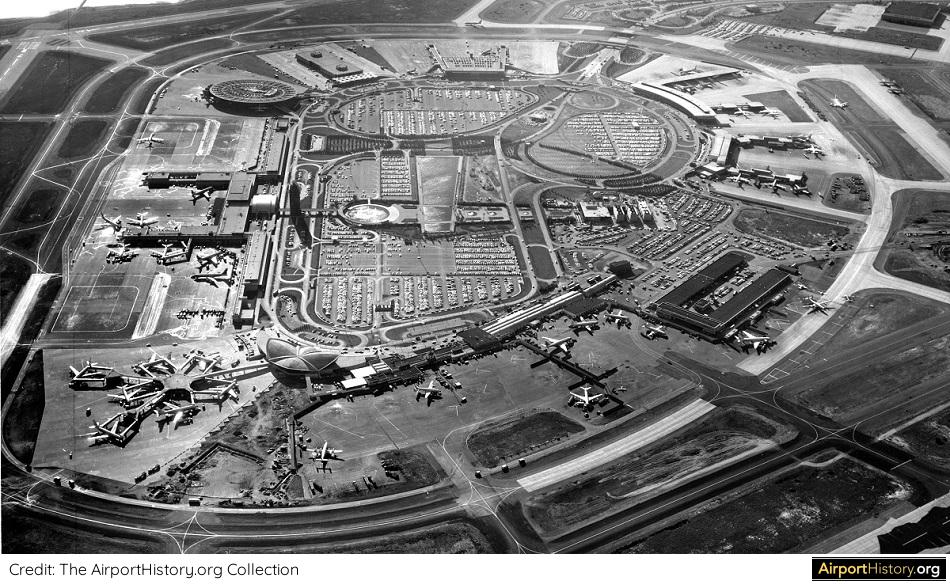 An October 1962 aerial view of Terminal City. All seven newly-planned terminals have now been built, completing the original Terminal City Master Plan. Note the TWA Flight Center in the foreground, with all gates on the characteristic Flight Wing Two being occupied. To the right of the TWA Flight Center is the original temporary terminal, which by the late 1950s had grown into a sprawling complex of buildings. The "U" shaped structure to the right of the temporary terminal is a freight handling facility.

MORE THAN ONLY TERMINALS
​
Terminal City could not have functioned without the massive infrastructure supporting it, such as the many miles of taxiways as well as the approach roads, parking areas and utilities, which were beautifully integrated into greenery and water features.

Besides the terminals there were many other facilities that catered to the needs of passengers, visitors and employees which featured the same architectural and engineering diversity as the passenger terminals. This included the three-chapel "Tri-Faith Plaza", a 320-room hotel, and a branch of the First National City Bank; the latter two of which were located just outside of Terminal City but within the airport perimeter.

Terminal City in turn was part of a much bigger multi-year airport expansion program that saw the construction of many new facilities such as maintenance hangars, cargo centers, an industrial zone and a fuel storage facility.
GALLERY: AERIAL AND EXTERIOR VIEWS 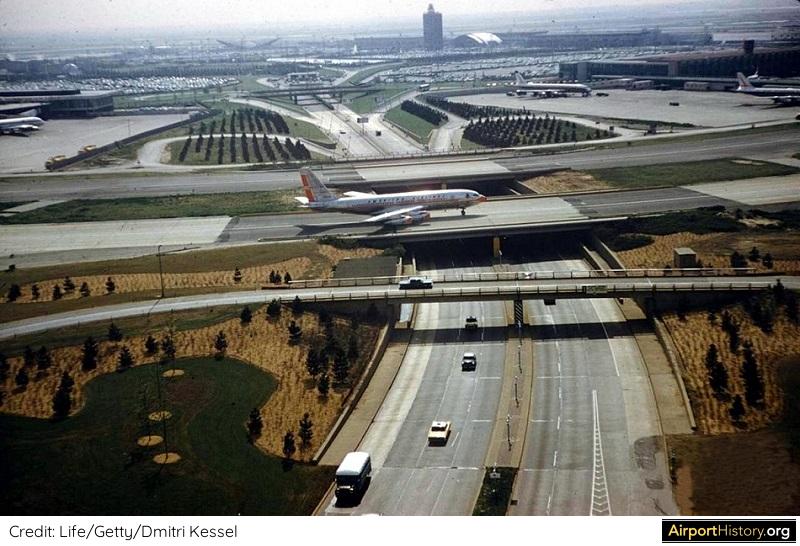 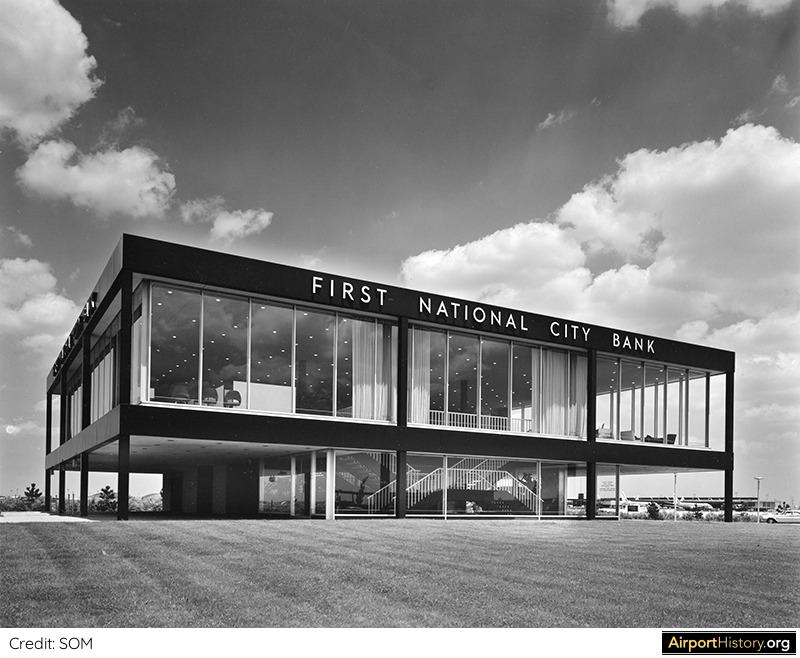 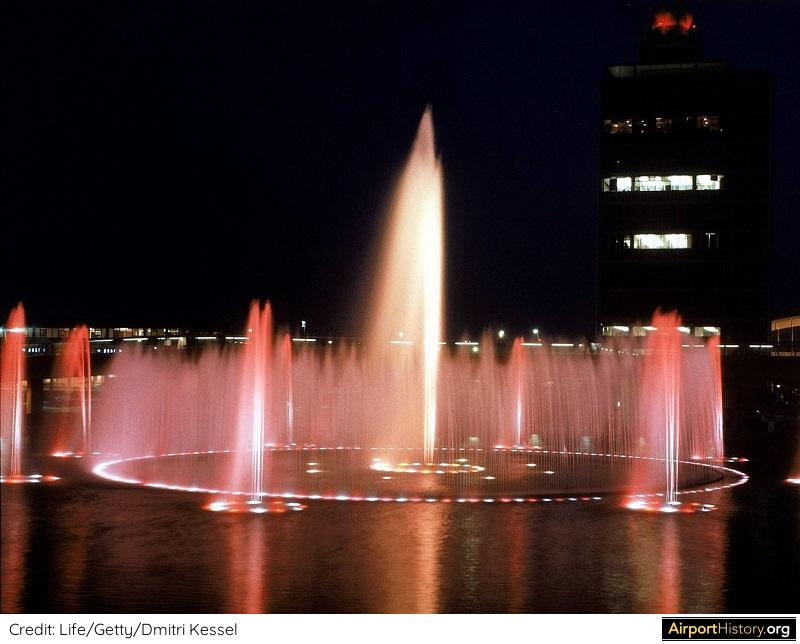 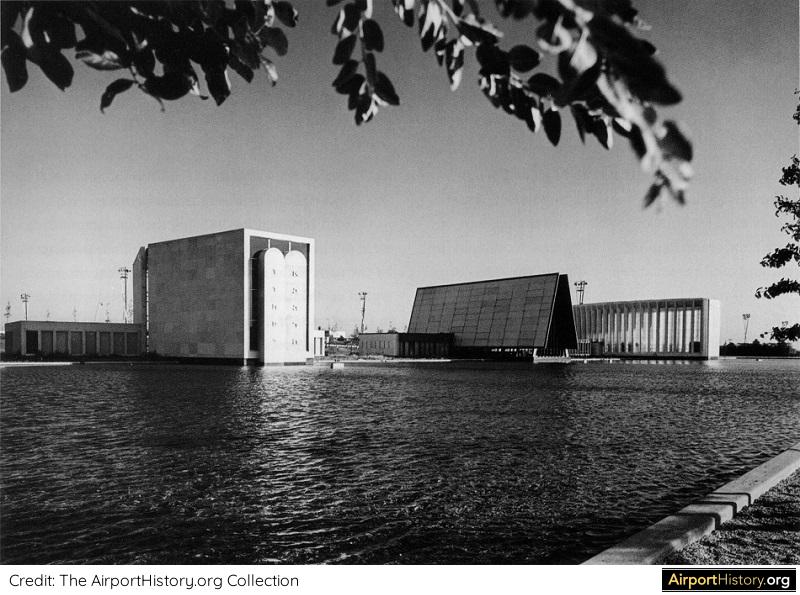 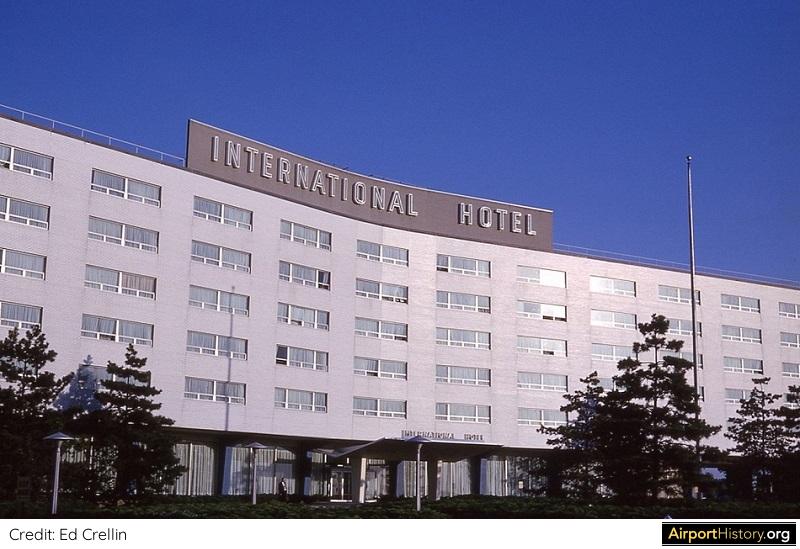 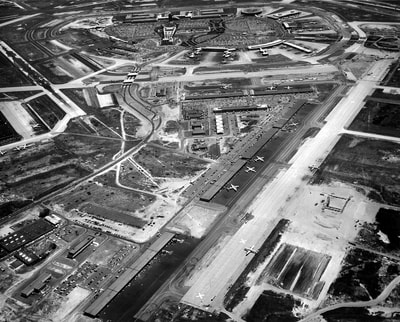 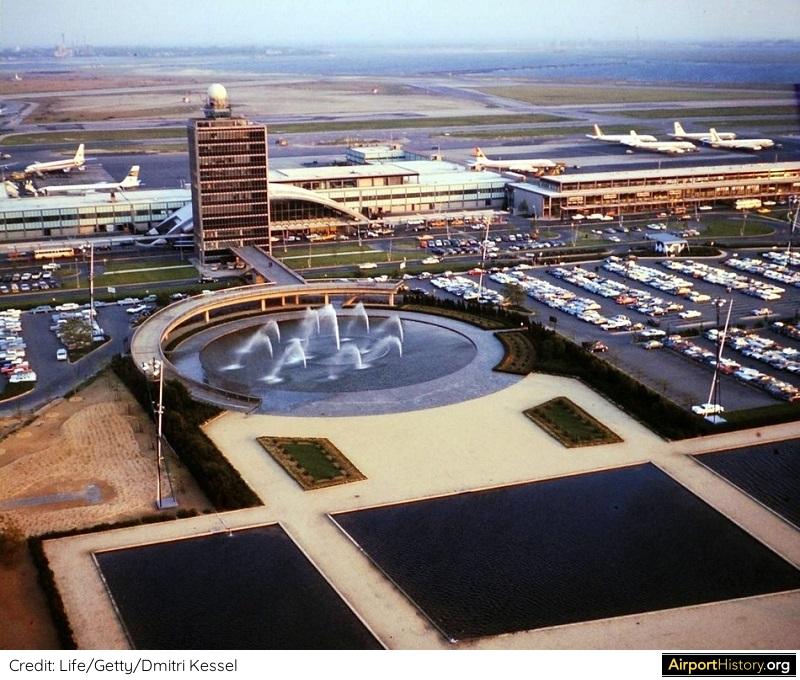 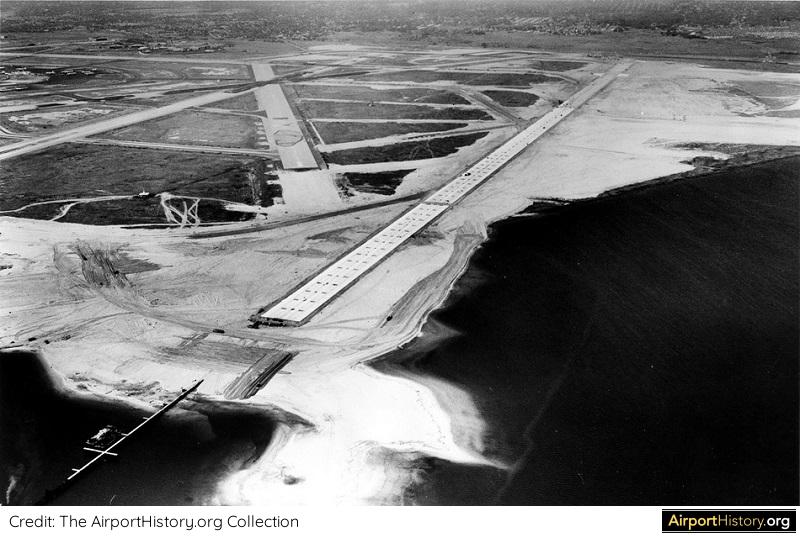 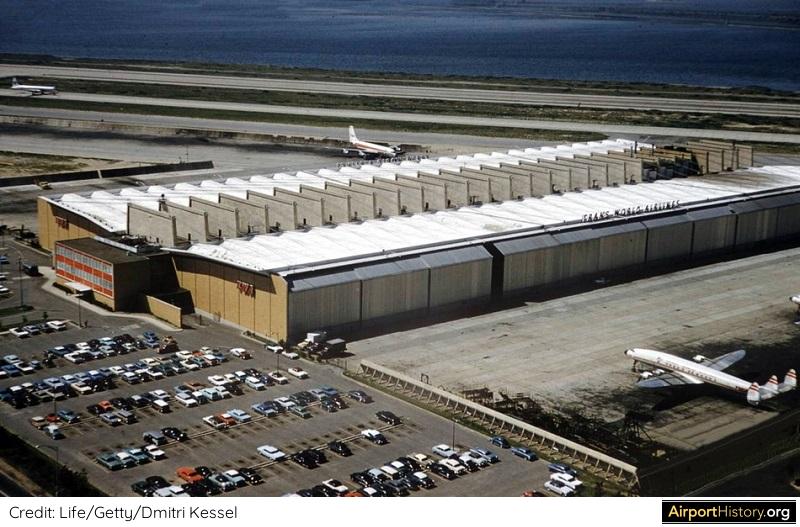 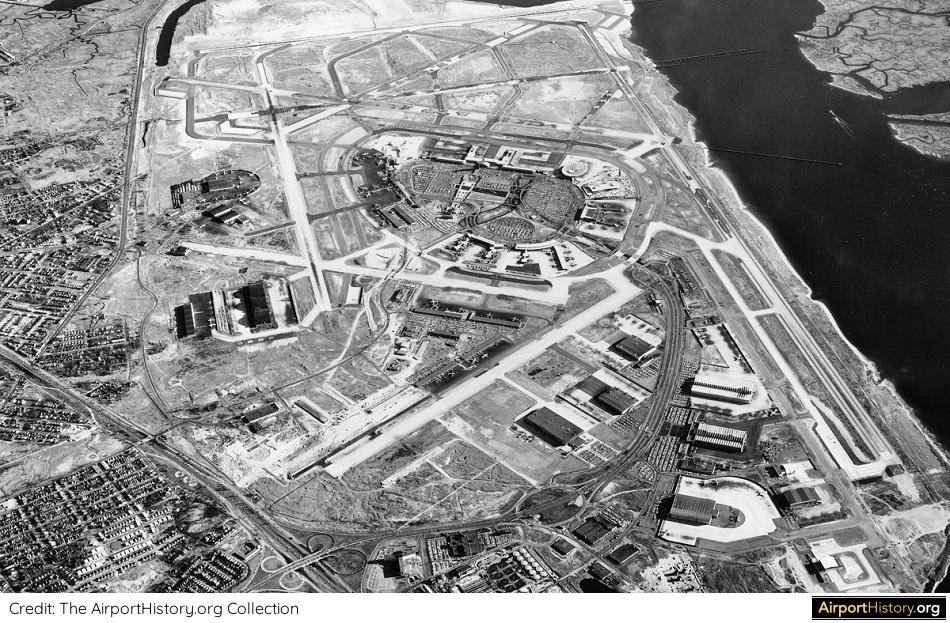 Nowadays JFK is a modest airport both in size and traffic. But back in the day it was the world's busiest airport. This December 1961 aerial view makes you appreciate how vast the airport was in its time. At this time Idlewild had five active runways.

What did people think of Terminal City?

​Overall, Terminal City was well received by the travelling public, journalists, airport experts as well as architecture critics. In 1961, Idlewild was featured in a LIFE photo essay, which described it as a shining beacon of modern architecture. As the magazine wrote:

For eight of 11 international travelers presently arriving in New York, the warming symbol of journey’s end no longer is the stately, green copper Statue of Liberty seen from a boat deck, but a glistening complex of low-lying architecture—strongly suggestive of a world’s fair site—seen from the window of an airplane. 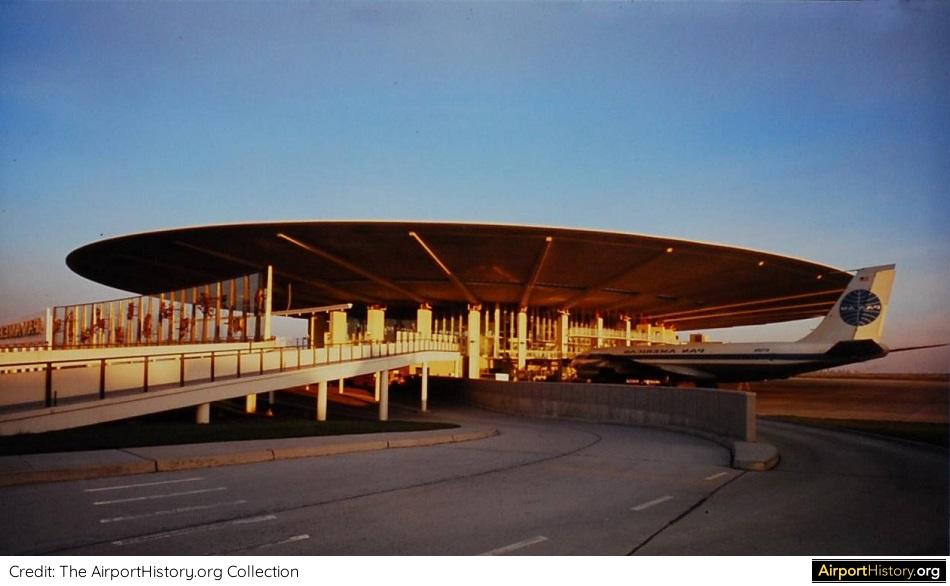 It is the great aerial gateway to America [...] and the airport does live up to that reputation of being the world's most impressive airport. The idea of Terminal City as a self-contained aerial operations base on a grand scale has probably been one of the best ideas in airport planning since the war. Not only does this arrangement further the airlines' autonomy but it also enables passengers to feel they 'belong' to a carrier, and are solely this carrier's responsibility, from the time they buy a ticket. 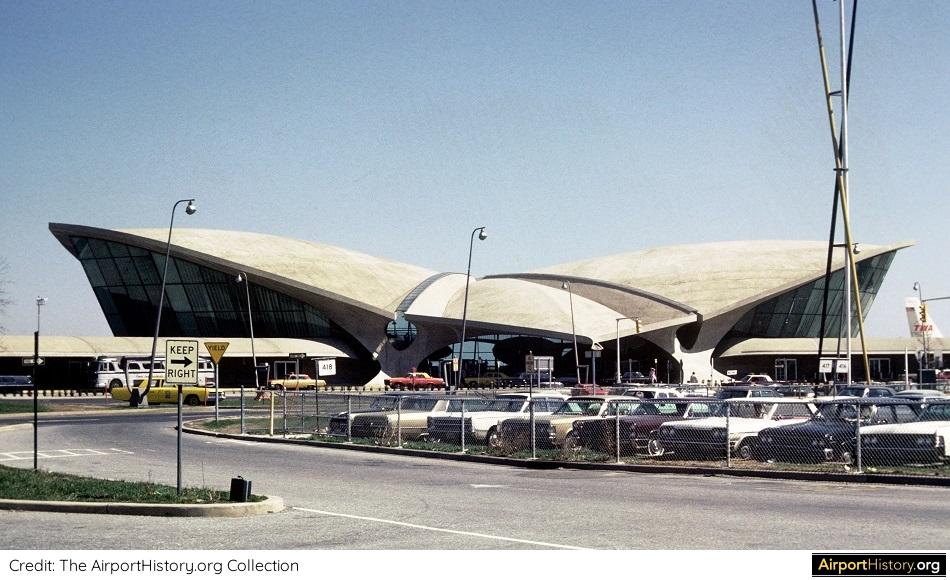 ​LIFE praised its innovative meeting of form and function as well as its well-oiled logistical operation: Idlewild is more than the handsomest, highest-geared air terminal in operation; it is several terminals, each attuned to the newest advances in the technology of getting people and freight on and off airplanes as fast as possible.
​
Its every feature bespeaks speed and function. Yet, for the disembarking passenger Idlewild offers vivid and lasting impressions of one of America’s most imposing displays of artistic and industrial design. 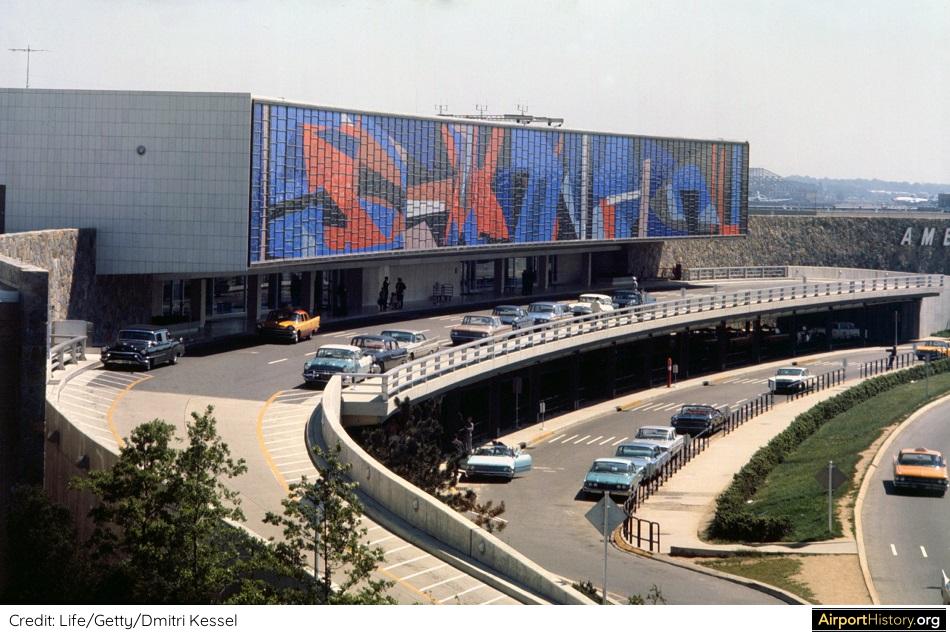 ​But some observers also criticized the eclectic mix of architectural styles for not being an architecturally cohesive whole. On the opening of the Northwest terminal in November 1962, the famous architecture critic of the New York Times, Ada Louise Huxtable, wrote an article called "Idlewild: Distressing Monument to Air Age".

About the eclectic mix of architectural styles, she wrote: nothing focuses, everything fights. The terminal buildings wage incessant war on one one another through their aggressively, individualistic and unrelated design.

Some frequent travelers, who were more interested in a seamless travel experience than the spectacular architecture, also pointed out shortcomings such as the lack of proper signage in some terminals as well as the lack of sidewalks and  transportation between the terminals.
This concludes the ninth installment of our history on Kennedy Airport!  In the next part we'll look at some of the fantastic schemes that were floated to increase JFK's runway capacity.