Welcome to Part 2 of our photo history of Philadelphia International Airport. We complete our exploration of the 1950s terminal, after which we will move into the early Jet Age!

Did you miss Part 1? You can read it here. 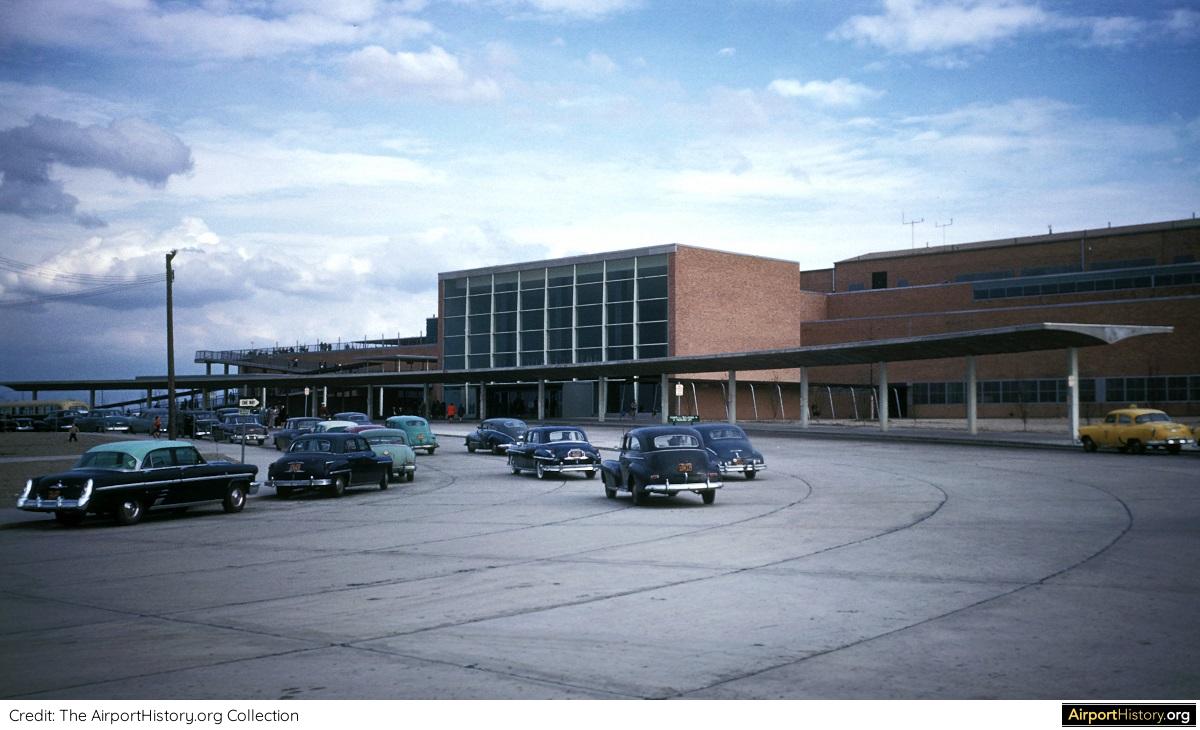 A rare 1950s color image of the departure and arrival curb of the new terminal building. The large hall in the middle of the image served to transport passengers and visitors to the second and third level. Look at those cars! 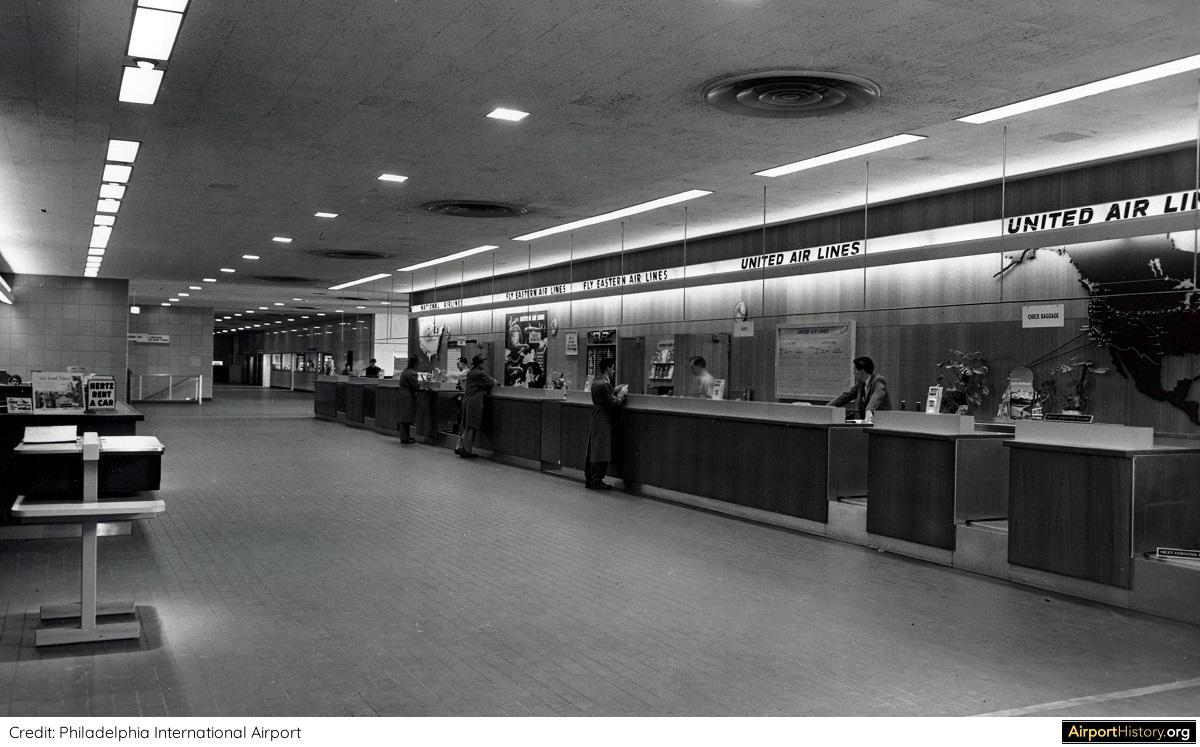 The second floor contained the check-in facilities as well as ticket sales and concessions. 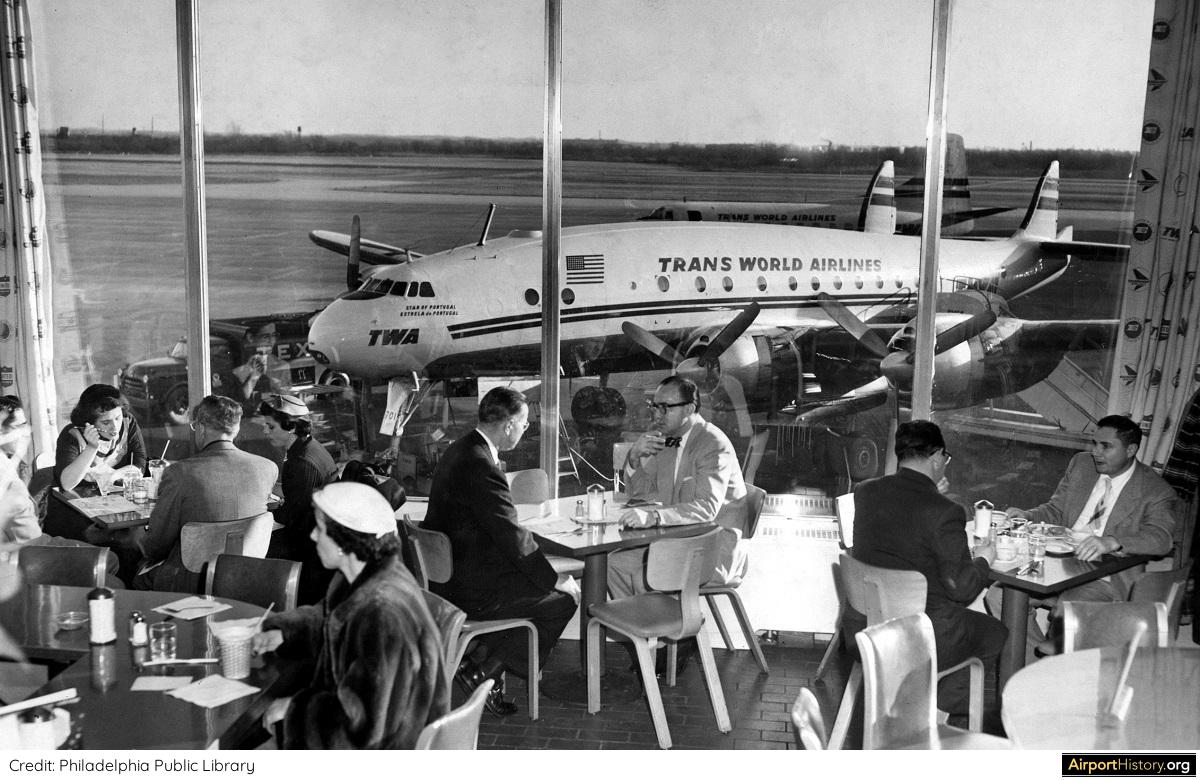 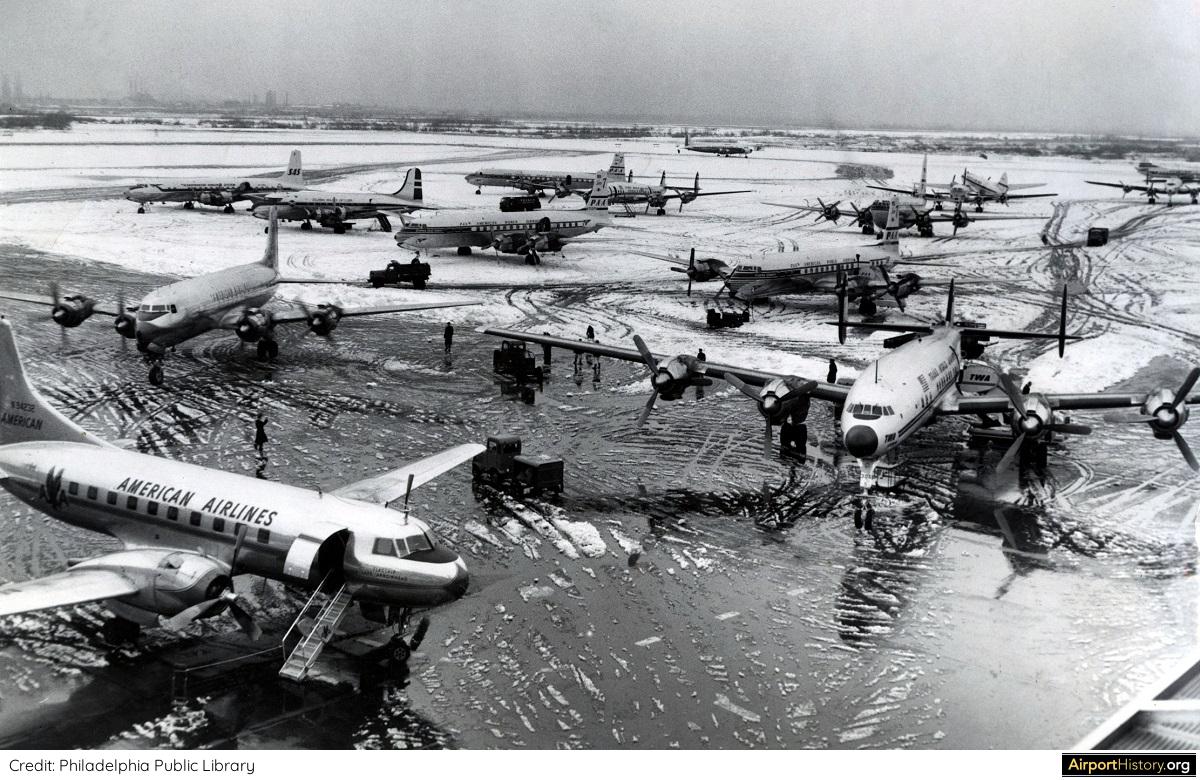 In 1961, ground was broken for a USD 3.2 million third pier--today's Terminal D--which could handle five jet aircraft simultaneously and increased the total number of gates to 25. The pier could be lengthened if necessary and included new baggage reclaim facilities. Interestingly, no boarding bridges were installed on the new pier. 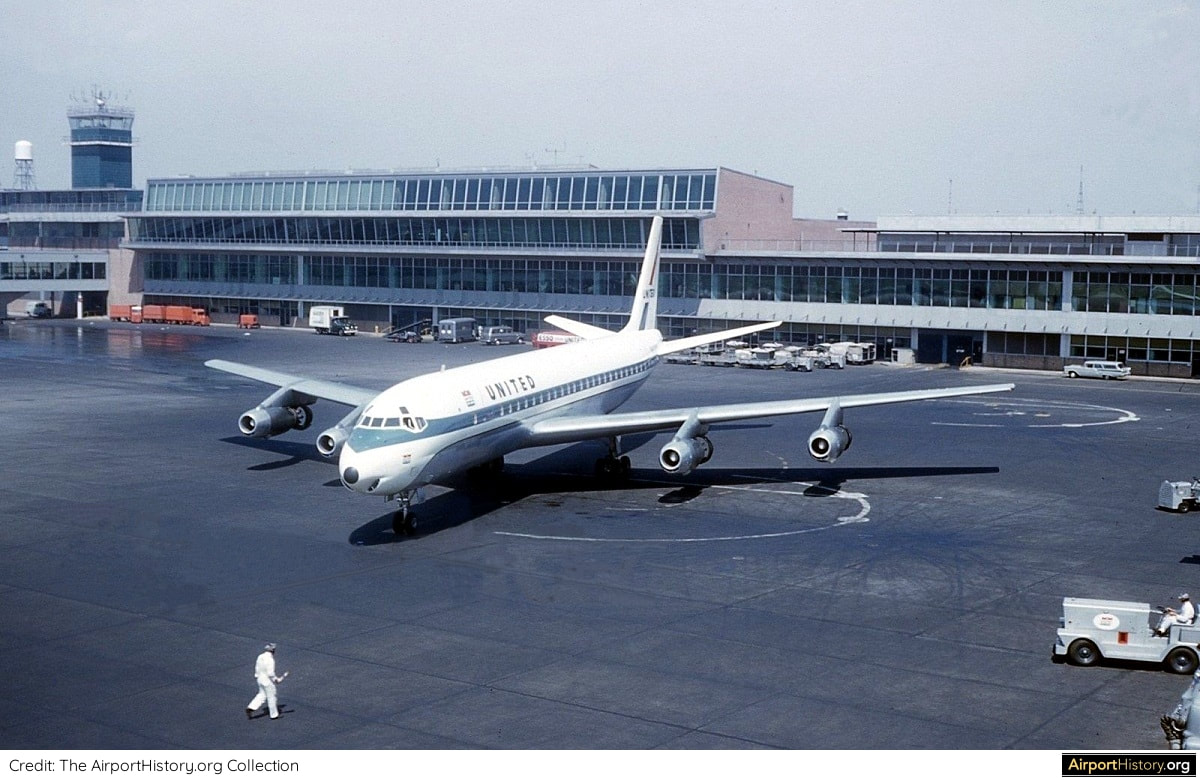 A United Airlines DC-8 is about to taxi to the runway in 1960. On June 1, 1961, Pan American commenced jet service to London Heathrow and Paris Orly Airport.
MASSIVE EXPANSION
​
In 1968 the airport handled 6.3 million passengers, up a whopping 24% over 1967. Since the 1953 terminal had opened, aircraft traffic had actually grown by 800%! Similar to many other US gateways, there was a shortage of everything: runways, aircraft gates, parking space, counter space and international flight facilities.

​Thus, the City and the airlines based at Philadelphia International Airport began intensive planning for a vast improvement project to meet the challenges of the Jet Age. A consultant was engaged to prepare a master plan that would quadruple the airport's passenger capacity.

The first projects to come online in 1970 was an expansion of the number of gates from 25 to 41 and the installation of boarding bridges on all gates.

The keystone of the expansion project, a USD 22 million all-weather runway (9R-27L) with high-speed taxiways, was dedicated on December 11, 1972, and had the length and strength to handle Boeing 747 aircraft. 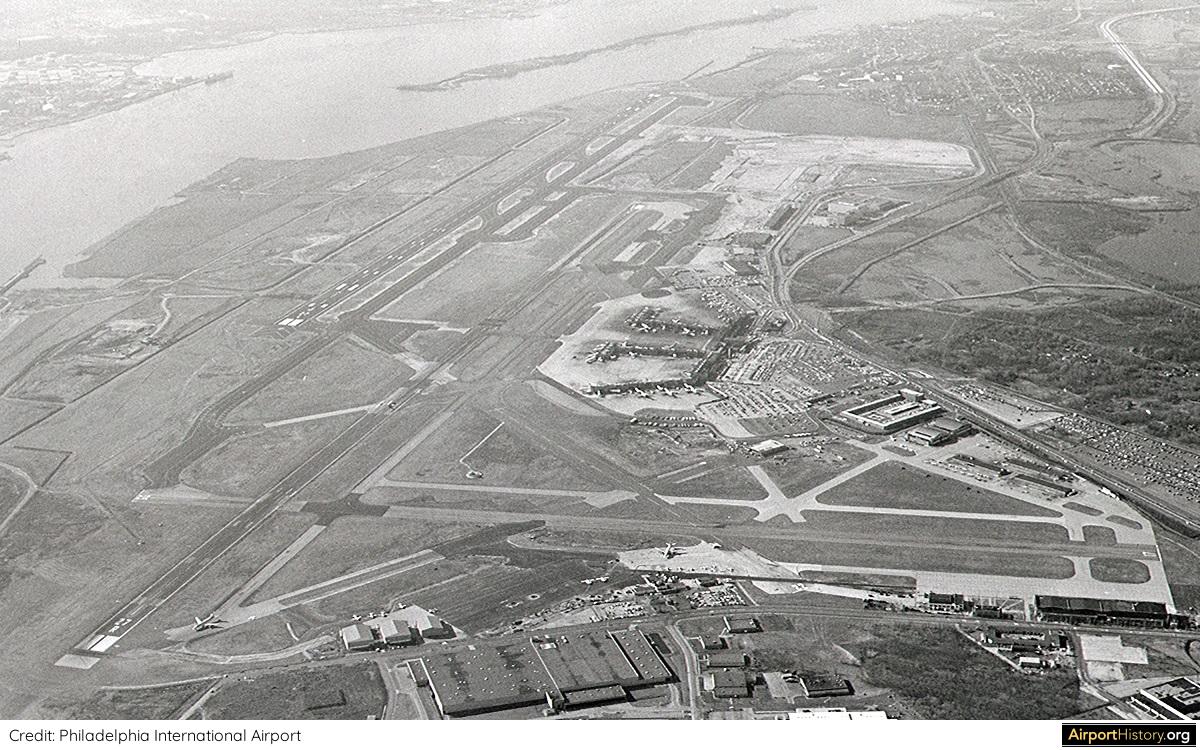 An aerial view taken in 1972. By this time the airport boasted three concourses with 41 gates equipped with boarding bridges. Visible in the top-middle is the new USD 22 million all-weather runway (9R-27L). Soon after this photo was taken, a massive redevelopment project of the terminal area would commence.
NEW TERMINAL AND CARGO FACILITIES
​
The USD 3 million Overseas Terminal, a converted hangar complex, opened in April 1973. That year also saw the opening of Phase 1 of a new "Cargo City" complex.

In the spring of 1977, the USD 300 million modernization and development of the domestic terminal area was completed, replacing the former centralized terminal with four individual unit terminals (B, C, D, and E). The number of parking spaces had been increased from 5,000 to 20,000.

In the fiscal year ending April, 1979, Philadelphia International Airport handled just over 10 million passengers, of which 300,000 were international passengers. 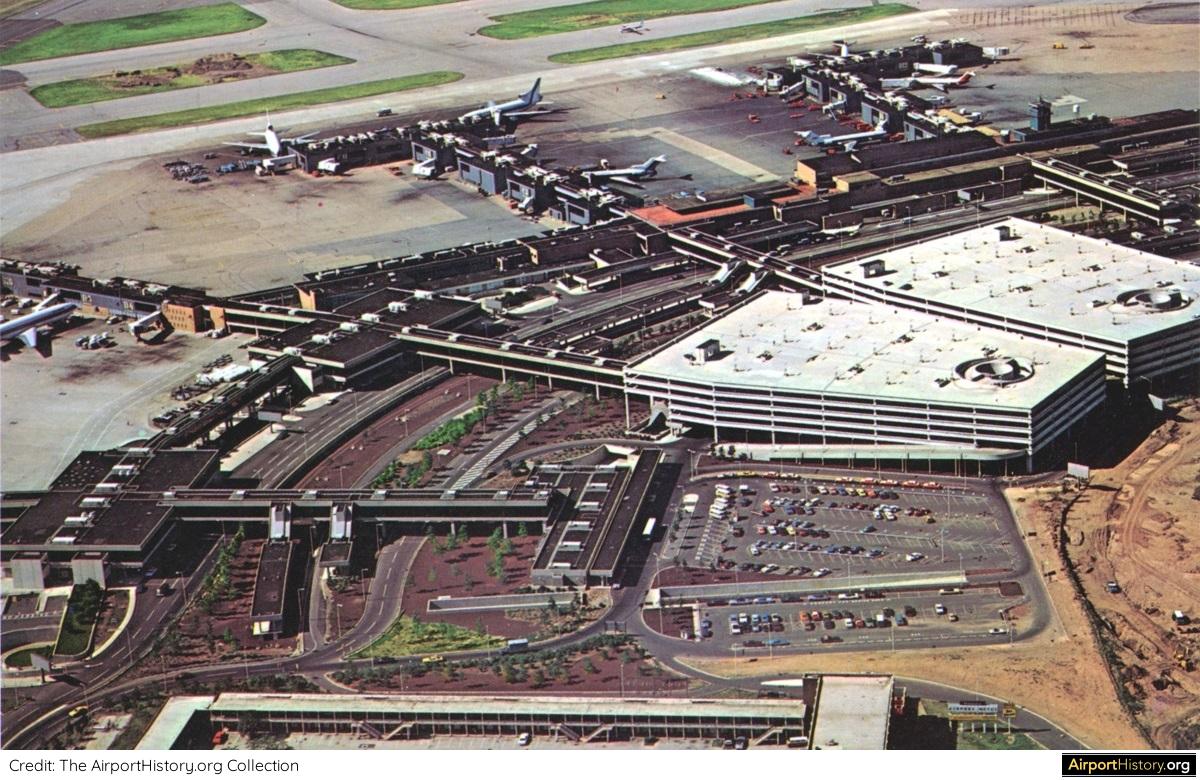 A 177 aerial view of the expanded terminal area. At the end of each concourse was the check-in/ticketing hall. The pedestrian bridges led to baggage reclaim halls and multi-level parking garages. The plan included a spot for a future airport-to-city train and this images shows the already completed train platforms. Due to funding issues, it would take until 1985 until the train could be completed. Still, PHL was only the third major US airport to be connected to rail/metro after Cleveland and Atlanta. 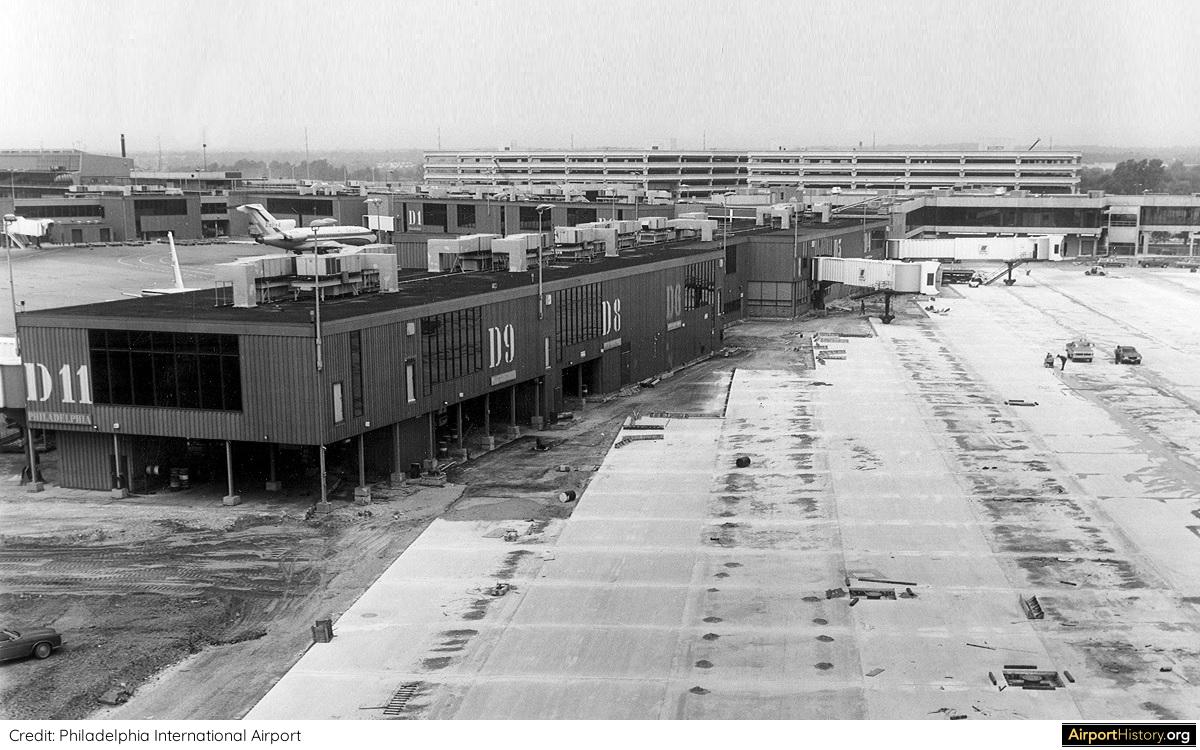 A 1976 view from the end of Pier D, used by United and Altair, looking toward the new check-in hall and multi-level parking garage. At this time, the adjoining platform was being rebuilt. 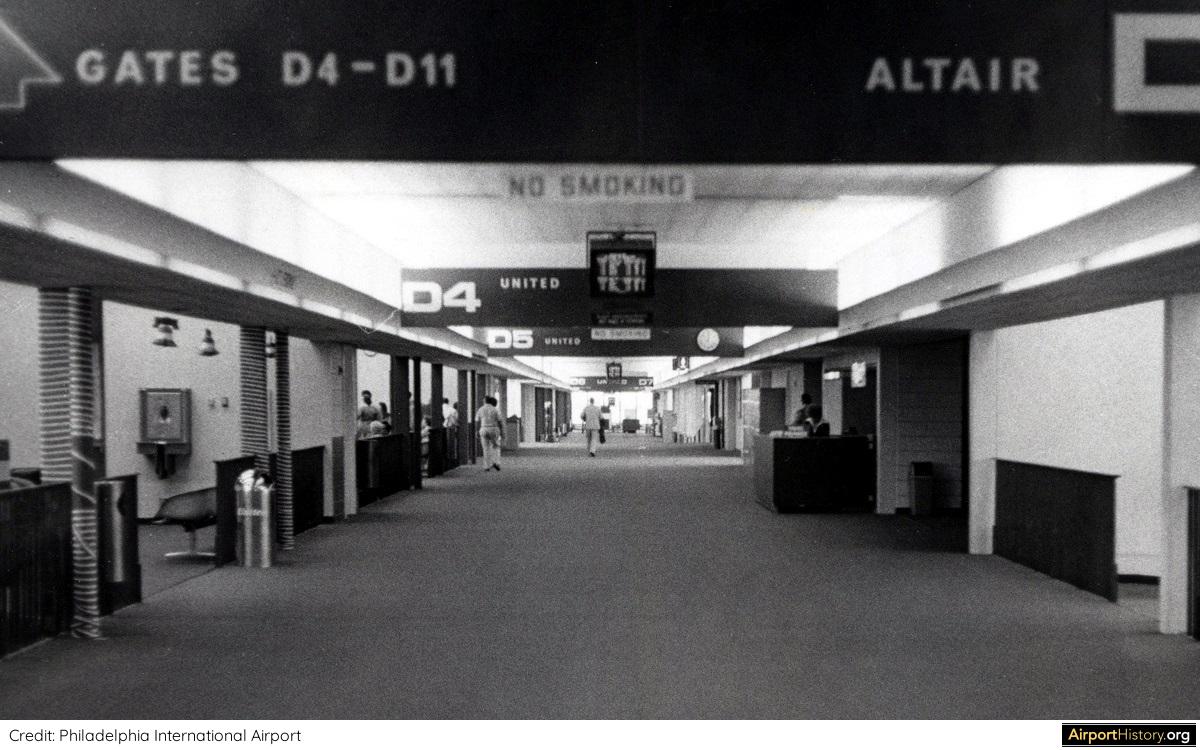 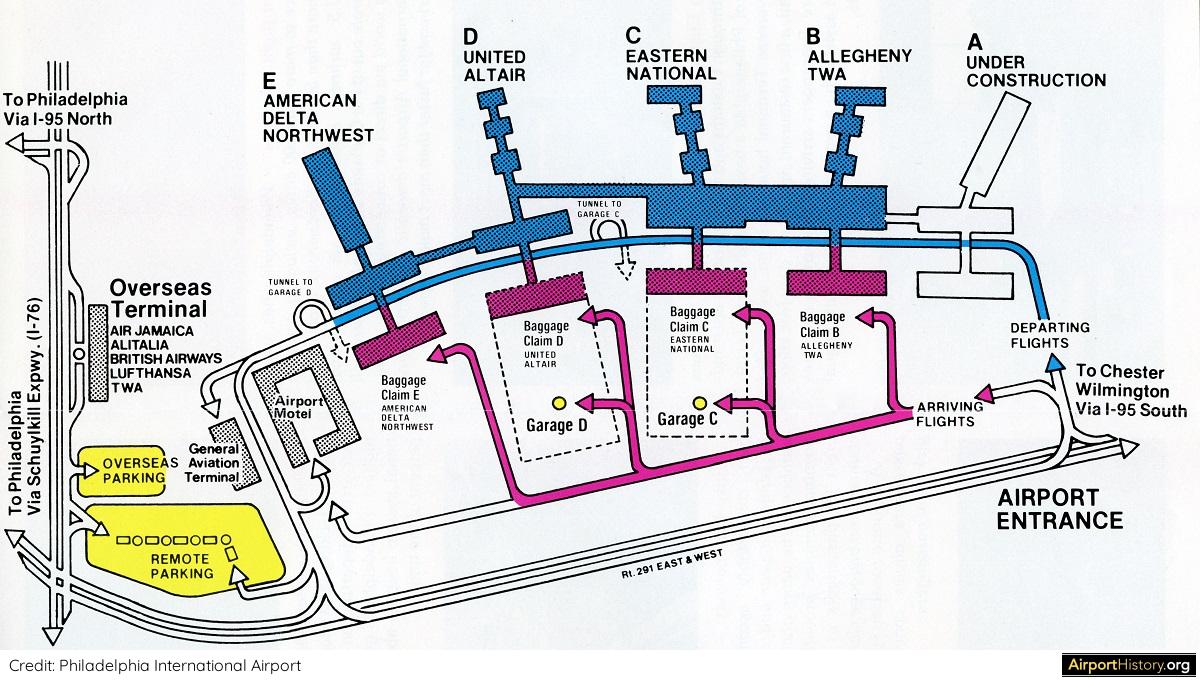 A late 1970s map showing the overall layout of the airport. The new set-up created four decentralized domestic terminals with check-in/ticketing and baggage claim being in separate buildings.

This concludes Part 2 of our photo review of PHL's history. Shortly, we'll launch Parts 3 and 4 covering 1980 until present day.

Make sure to sign up to our newsletter below to find out when new content goes online!

Also, take a look at our other Airport Features here.